My boys and I did a Mel Brooks film fesitval over the break. I hadn't seen these two movies in thirty years. They were both much funnier than I remembered them. The boys laughed their butts off during "Silent Movie". I thought Sean was going to need medical help.

Good to See We're All Getting Along So Well

After that ridiculous fiscal cliff negotiation, Democrats and Republicans vowed to get along better in 2013. It's off to rip-roaring start.

The Republicans sent "offical lap dog kits" to freshman Democrats emblazoned with corgis to teach them how to graduate from "Nancy Pelosi's obedience school." (I'm not kidding about that, by the way)

The Democrats sent the Republican freshman this... 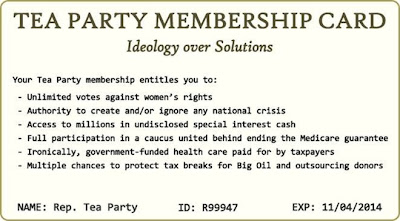 (Sigh) Looks like it's going to be another long year.

Soccer Out of Context

I stumbed onto this site the other day. Very interesting concept.

He designs soccer-style shirts for non-soccer things. In this case, teams from the National League Central.

It looks like he doesn't sell 'em though. It's just for fun. That's too bad. I would have bought one.
Posted by Rick Kaempfer at 10:13 AM

Email ThisBlogThis!Share to TwitterShare to FacebookShare to Pinterest
Labels: sports

The Balding Handbook in the media 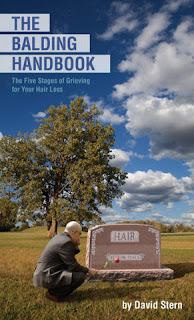 Last week Balding Handbook author David Stern appeared on the WGN radio show Sports Central to discuss his book. I accompanied him and got a chance to tell my famous 'Jose Cardenal at the Jewel' story (during one of Dave's rants about how Jose Cardenal used to rub all of our faces in that big Afro of his). It went very well...Kaplan and Stern had a lot in common, it turned out.

This week The Balding Handbook has been featured on the radio in St. Louis (Sherry Farmer on KLOU), and the Dave & Jimmy show (i Heart Radio). Both shows were intrigued by Dave's petition to have the Bald Eagle's name changed to the "Follicly Challenged Eagle".

And next week on Wednesday morning, Dave will appearing on Mancow's show (seen in Chicago on WPWR-TV).
Posted by Rick Kaempfer at 10:00 AM

Back in the saddle

There were a few things that went on while I was gone...

Mr. Feder mentioned it as one of the big upcoming stories to look for in 2013...

I've been working hard on that book over the break. It's really going to be something.

Over at the Just One Bad Century blog, another year of Cubs 365 has begun. Click here to catch up if you're interested.

And, I also wrote another year in the history of Green White Soccer Club, the soccer club co-founded by my father in the 1950s. This time it was 1971.

My Father Knows Nothing column returns on Monday.
Posted by Rick Kaempfer at 9:43 AM