I'm not going to post for a week or so, but Just One Bad Century will continue to update, so make sure you swing by and check it out.

I will be fully back in the JOBC saddle on September 30th, and on this blog September 24. I'll have a full report about my activities on that date.

Have a great week!
Posted by Rick Kaempfer at 8:38 AM

From this morning's Wall Street Journal...

The Federal Communications Commission said it has received a record 3 million comments on proposed rules for how broadband providers must treat traffic flowing over their networks, driven by advocacy campaigns and public interest. Comments had to be submitted by midnight Monday.

They don't say how many are pro-intentional-slowing of the internet to pad megacorporation wallets, and how many are against, but I'm guessing it's about 3 in favor (the big three companies), and 2,999,997 against.

Let's see if the FCC bothers listening to the American people or not. Last time they tried to change ownership rules, they were shamed into listening by a similar outpouring of outrage. I even sarcastically chimed in...

Be Very Afraid: After working the crap out of the Chicago Cubs organization for the better part of a year, WGN/Chicago evening entertainer Pete McMurray has some huge news, as he tells RAMP, "The Cubs finally agreed to let me sing 'Take Me Out To The Ballgame' during the 7th inning stretch this Friday!" [cue crickets]... As if that particular development wasn't disturbing enough for all of those unsuspecting (and long-suffering) Cubs fans, McMurray shares the alleged "added value" of this news, saying, "There was one stipulation -- the entire WGN night crew will be singing." Yes, in addition to McMurray's non-Grammy-nominated voice, he will be joined by the questionable vocal talents of late-night personality Patti Vasquez and overnight delight Nick Digilio.

This was probably their last chance. The Cubs will be with WBBM next season.
Posted by Rick Kaempfer at 7:39 AM

This is how I feel this morning

The only difference is that I won't jump if the doorbell rings. Ivy will go into full freak out mode. 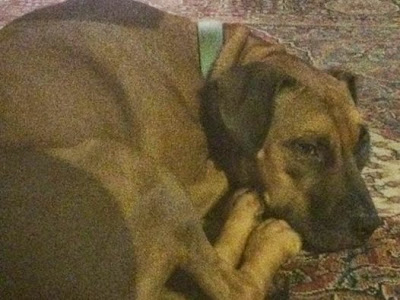 Posted by Rick Kaempfer at 7:23 AM

The "Back in the Game" Launch Party

Saturday morning Rich King invited about a hundred of his closest friends and relatives to Volare Restaurant for the launch party of his book “Back in the Game”. The restaurant holds a special place in Rich’s heart because it was the location of his first date with his current wife April.

At one point Rich stood on a chair in the middle of the restaurant and addressed the gathered crowd. He delivered a heartfelt speech, thanking everyone who has helped him over the years. He singled out a few people, including his therapist, his co-author Lindsay Eanet, his dear friend Jerry Reinsdorf, and of course his wife April. “Back in the Game” tells the story of Rich’s climb out of the depths of depression. It’s truly an uplifting story, and Rich wanted to personally thank everyone who helped make it possible.

“Back in the Game” is also the story of Rich’s 40+ year broadcasting career, and the restaurant was full of people who have worked with him, including Mark Suppelsa, Jackie Bange, Johnny Morris, Tom Schaer, and many others. It was obvious that Rich has a genuine love for his colleagues, and that the feeling is mutual. (WGN camera crews were even on hand to film the event. It was mentioned on the news that evening.)

“Back in the Game” is available for pre-order now via Eckhartz Press. It ships on September 22nd. The e-book will also be out in the coming days.

Here are some photos from a truly memorable event… 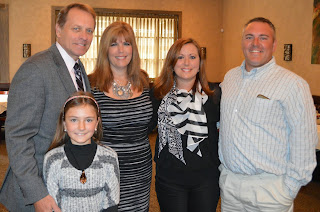 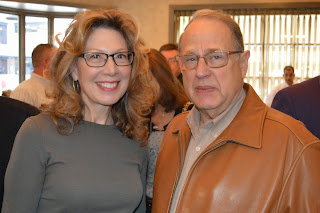 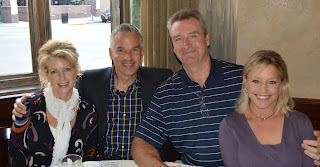 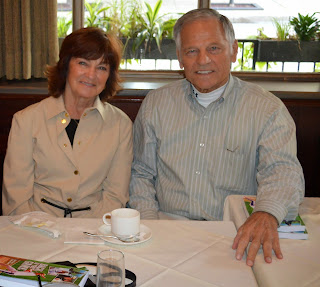 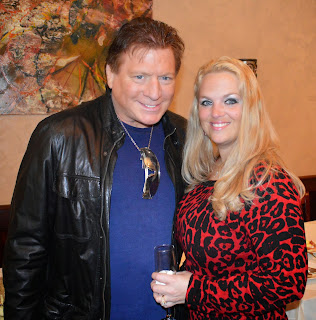 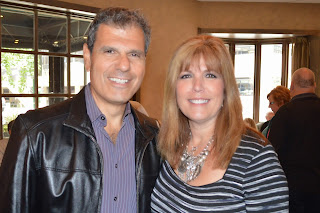 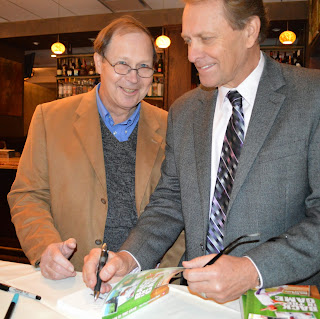 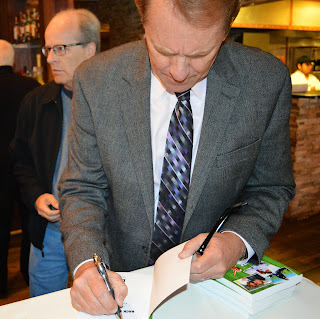 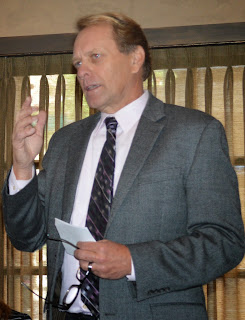 Posted by Rick Kaempfer at 9:50 AM

Not bad. If I were their parents, though, I'd wonder how they had this much free time on their hands.

Posted by Rick Kaempfer at 8:32 AM

This really is the future of video. Buzzfeed's creator explains...

Posted by Rick Kaempfer at 8:14 AM

Not so Funny Valentine

Remember Valentine? He was the morning host at WLIT for a few years, broadcasting live from LA. You'll never believe what happened to him after he left the airwaves here. From the RAMP Newsletter... 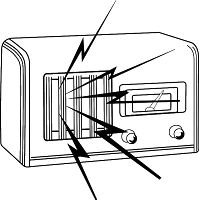 In 2011, Valentine accepted a radio position in Dubai, and relocated halfway around the world with his wife and three young children. The gig lasted two years before he was let go. After an unsuccessful attempt to land a position at a competitor (he says his former boss intervened and blocked his hire), Valentine was urged by friends to launch his own Internet radio station. After only a week in operation, however, he says his website and stream were mysteriously blocked. And that's when his story took a truly terrifying, Midnight Express-style turn. Valentine says he was visited by Dubai's secret police, jailed for 10 days and his passport confiscated. "Mind you, all of this for playing music on the Internet," he told LARadio.com. Unable to leave the country himself, Valentine sent his family back to Los Angeles and waited to be formally charged with something. Ten months later, with all of his money gone, no passport, and his options running out, friends of friends managed to have Valentine smuggled out of Dubai, literally hidden in the bottom of a boat, at great personal peril. He was transported to Iran, where, after nearly three weeks he found his way to the American Embassy on Cypress. "I received an emergency passport there and came home a few weeks ago," he said.

Now that's a radio story.
Posted by Rick Kaempfer at 7:31 AM

Friday was a big day at the Loop. They let Pat Capone and Maxwell go, their only two jocks, really. And this morning they announced a whole new lineup (minus a yet-to-be-named morning show).

Let's hope they return to having them live on the air instead of the preposterous voice tracking the Loop has been doing the last few years. I've visited their studios multiple times over the past five years or so, and it was a ghost town there.

Robert Feder has all the details about the new personalities.
Posted by Rick Kaempfer at 7:24 AM

What a game last night for the Bears.

That first half was dreadful. The Bears were awful, but there were also at least two unbelievably bad officiating calls (the first 49ers touchdown was scored long after the play clock ran out, and an important first down was taken away from the Bears, which resulted in taking points off the board). They weren't even close calls. Even the NBC announcers (including San Fran native Al Michaels) agreed those were terrible calls. But I made the mistake of venting my completely uncontroversial frustration about those calls on facebook and learned a valuable lesson. If you're really aggravated, don't post anything on facebook. You'll only get twice as aggravated.

The Bears haters (Packers fans) were out in force, accusing me of whining about the refs, and started taking pot shot after pot shot against the Bears. And then they started ripping the Cubs too...for no reason. I deleted the entire "conversation" and shut down the computer for the night.

At this stage of my life, I'm not going to waste another second of my time arguing with haters.
Posted by Rick Kaempfer at 7:14 AM