I just posted my latest Chicago Radio Spotlight interview. This week I interviewed Todd Ronczkowski, the program director of WVON.

We talked about what it's like for a white guy to program a black station, and we also looked back at his days as the producer for the Roe & Garry show.

Check it out here.
Posted by Rick Kaempfer at 9:38 AM

Krukow pitched for the Cubs from 1976-1981, and during those years he was a well known prankster.

Cubs fan Jerry Pritikin (The Bleacher Preacher) told Just One Bad Century all about one of the pranks that Mike Krukow liked to pull. Watch the video here.
Posted by Rick Kaempfer at 12:03 AM

Posted by Rick Kaempfer at 1:27 PM 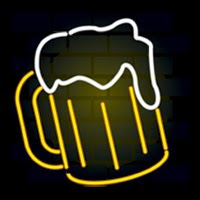 My latest article just came out in Shore Magazine.

Thanks to all the readers of this blog that helped me write this piece!
Posted by Rick Kaempfer at 7:51 AM

Lew Fonseca was a big-league player that played for, among other teams, the Cincinnati Reds and the Chicago White Sox between 1921-1933. Fonseca was born on this day in 1899.

He never played for the Cubs, but he did become one of their very first radio announcers.

He is part of this audio montage of early Cubs announcers.
Posted by Rick Kaempfer at 12:03 AM

Jay Leno is upset about the way he's being portrayed in the media, and it's true, he is getting killed from a PR standpoint. He had taken a few veiled shots at the powers that be, but he hadn't addressed it directly until last night. You probably missed this too, so I'm posting it here if you're interested.

This is Jay's explanation of everything that has happened...

Posted by Rick Kaempfer at 7:49 AM

I wouldn't know this if I hadn't searched for video from 1945 for my This Week in 1945 feature at Just One Bad Century.

There are literally thousands and thousands of different videos featuring Hitler, mocking Hitler, using Hitler as a comic foil, and yes, even Lego Hitler. Have you seen them?

You've probably seen a number of different versions of that subtitled scene from the Hitler movie, where Hitler is in the bunker and gets the news that the end is at hand. But have you seen Hitler singing?

For my money, these are the most inspired. This morning I was looking for a clip of the Jefferson's theme song because the show premiered exactly 35 years ago today. Guess who I found singing that song?

Yup. Here it is. This is pretty darn funny.

Hopefully I haven't been put on some sort of a government watch list for posting this (not to mention watching a hundred or so others).
Posted by Rick Kaempfer at 7:06 AM 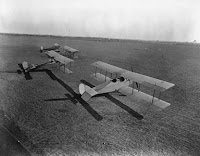 One hundred years ago this week, the Cubs are preparing for yet another NL Pennant winning season. Meanwhile, in Los Angeles, the world's first Aviation Meet is held.

Seventy five years ago this week, the Cubs are preparing for yet another NL Pennant winning season. Meanwhile, the FBI corners and kills the Barker Gang, including Ma Barker and her son Freddie.
Posted by Rick Kaempfer at 11:43 PM

All you need is love

This is pretty cool...

Posted by Rick Kaempfer at 4:07 PM

I post this every year on Martin Luther King day because I believe there's nothing more appropriate. The man who put this together is Tom Clay. Clay was a Detroit disc jockey who captured a terrible time in history almost as perfectly as possible...

Posted by Rick Kaempfer at 5:03 AM 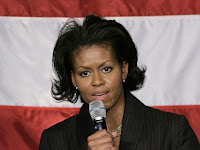 Michelle Obama celebrated her birthday over the weekend. The First Lady of our country is (gulp) 46. Yes, that's right, she's my age.

While the First Lady may not be a Cubs fan, the Cubs have always been very good to the Ladies. In fact, they invented something called "Ladies Day."

Read all about that tradition here.
Posted by Rick Kaempfer at 12:03 AM

I just posted my latest Father Knows Nothing column at NWI Parent. This is one is about my middle boy Johnny, and it's called "Definitely not a Vulcan."

You can read it here.
Posted by Rick Kaempfer at 9:19 AM