This week I talked to Jim Johnson, the WLS newsman. Jim's been at WLS since 1968, and has some great stories about what he's seen and heard during those years.

You can read the full interview here.
Posted by Rick Kaempfer at 9:36 AM

On this day in 1964, Shirley Ellis recorded one of the most unusual hit songs in history. Anyone that has played around with this song knows not to do "the name game" with the name Chuck, but if you do it with the name Rick, you'll also inadvertently swear in German. Take my word for it.

Posted by Rick Kaempfer at 9:14 AM

They reunited for one night on Letterman's show this week in 1987. It feels strange to say it now, but this was one of the most memorable things I've ever seen on a Late Night television show. It was oddly touching...

Posted by Rick Kaempfer at 7:46 AM

Looks like he's been told not to worry about a trade.

I know it's fashionable to take shots at Kosuke, but I think he's the very best $10 million-plus fourth outfielder in the National League.
Posted by Rick Kaempfer at 7:20 AM

Joke for a Friday morning

Four Catholic men and a Catholic woman were having coffee in St. Peters Square, Rome.

The first Catholic man tells his friends, "My son is a priest, when he walks into a room, everyone calls him 'Father'."

The second Catholic man chirps, "My son is a Bishop. When he walks into a room people call him 'Your Grace'."

The third Catholic gent says, "My son is a Cardinal. When he enters a room everyone bows their head and says 'Your Eminence'."

The fourth Catholic man says very proudly, "My son is the Pope. When he walks into a room people call him 'Your Holiness'."

Since the lone Catholic woman was sipping her coffee in silence, the four men give her a subtle, "Well....?"

The Hall of Very Good is a baseball website, and I'm on their mailing list. They have done quite a few interesting interviews over the past few years, but this has to be one of my favorites.

Guess what his favorite team is? No, it's not the Cubs. Click on the link to find out.
Posted by Rick Kaempfer at 6:54 AM

November 11th is now known as Veterans Day, a worthy day to honor all of the men and women that have served this country.

However, the origin of the holiday actually dates back to November 11, 1918. At that time it was known as Armistice Day. The day that World War I ended...the war to end all wars. 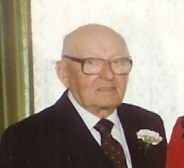 My grandfather, Peter Kaempfer, was born on this day in 1910, exactly 100 years ago. We lost him about seven years ago, and I delivered his eulogy. (I'm the funeral guy in my family--it's not a great gig).

On this special centennial of his birth, I hope you don't mind if I share the thoughts I shared with the mourners at his church seven years ago. I'd like for there to be some record of his life on the internet (right now it's like he never existed).

They asked me to say a few words about my grandfather, Peter Kaempfer.
To my cousin, my sister, my brother and I, he was Otta.  He gave us more than our name.  He taught us what it meant.
He was a Kaempfer. Most of you know that’s the German word for fighter or warrior.
A man doesn’t make it nearly 93 years without being a Kaempfer.
This Kaempfer was born BEFORE World War One. He told me that he remembered seeing the soldiers come home from that war.
That was in his hometown in Rumania.  He would have happily lived in that town for his entire life.  It was all he ever knew.   In that little German speaking town, Otta and his brother Andreas were musicians and singers. When he and his brother played and sang together it was among the most special moments of his life.  He told me that if he could have done anything he wanted with his life, that would have been it.  The performing Kaempfer brothers.  I never got to see the brothers perform together, but I did get to see Otta.  He played that accordion for his children…and his grandchildren…and his great grandchildren.  You could tell that music was something that touched him as deeply as he could be touched.
That town was the place of his fondest memories.
It's where he met his wife Anna, my Oma.  If he had lived until January (2004), they would have celebrated their 70th wedding anniversary.   I don’t know what the record is, but it can’t be much more than that.
Both of his children were born in that town, too. Eckhard, my father, was born in 1935.  Hedy, my godmother, was born in 1938. Otta was in his late-20s then, a well respected member of the only town he ever knew.  A man that was held in such high esteem, he was the bookkeeper of the entire farm co-op.
He was a Kaempfer. But he had no idea at the time how much of a Kaempfer he would need to be.  He was in the army, fighting in the second World War, when everything he had ever known was taken away from him. The Russians were coming, and his family had no choice but to flee.  By the time he finally met up with them, he would never see his hometown again..
If the war years were rough, the years after the war would really test his mettle as a Kaempfer.  In Austria, times were so hard that he and his family were forced to live in a chicken coop. Last night at the wake we had a few pictures on display from those years in Austria. Going from that world to Chicago must have felt like going in a time machine.  A big city.  A totally different life.  A totally different language.
But he did it, and he thrived. Because he was a Kaempfer.
What kind of a man was Peter Kaempfer?
*He was a thoughtful man. A thinker. A man that thought any problem could be solved with your brain.  Anyone who ever played cards against him could testify to that.
*He was a caring man. A worrier. I know everyone in the family can give you a few examples of that.
*He was a man of few words.  But he loved to listen.
*He not only figured out how to hook up a VCR when he was in his 80s, he figured out how to hook up two VCRs and record from one to the other.  He made copies of all his German videotapes for his friends.
*He always added on to his age. When he turned 80, he said he was almost 90. The day he turned 90, he said he was almost 100.
*He had 27 years of retirement. And good years too. He loved those winters in Florida.
*He lived 92 ½ healthy years and 2 bad weeks.
When you live to 92, you have to be a Kaempfer.  He was at many ceremonies like this.  He lost his little brother. He lost his only son.  He lost nearly every friend he ever had.
But he was a Kaempfer, and he’ll live on much longer in the Kaempfers he left behind.
*My brother, also a Peter Kaempfer, is an accountant—just like Otta was for his farming co-op. My sister Cindy is a CFO—the bookkeeper for her whole corporate town.
*My cousin Robert isn’t a Kaempfer, but he has his grandfather’s personality…and hairstyle.
*My son Tommy shares his great grandfather’s love of music. It touches him as deeply and in the same way it touched Otta.
And we’re all thinkers.  And we’re all worriers.  And we’re all Americans.
And we have Otta, Peter Kaempfer—someone who really lived up to the name Kaempfer--to thank for that.
Posted by Rick Kaempfer at 7:46 AM

Since he signed a new three year contract to stay with the Dodgers, he doesn't need his house in Chicago anymore.

It's for sale in Wrigleyville.

Want to take a virtual tour?

The mitt he threw on the mound during his 2007 playoff hissy fit is not included.
Posted by Rick Kaempfer at 6:44 AM

Joke for a Tuesday morning

This was contributed by "MM"...


GEOGRAPHY OF A WOMAN

Between 18 and 22, a woman is like Africa - half discovered, half wild, fertile and naturally beautiful!

Between 23 and 30, a woman is like Europe -
Well-developed and open to trade, especially for something of real value.

Between 31 and 35, a woman is like Spain - very hot, relaxed, and convinced of her own beauty.

Between 36 and 40, a woman is like Greece - gently aging, but still a warm and desirable place to visit.

Between 41 and 50, a woman is like Great Britain, with a glorious and all-conquering past..

Between 51 and 60, a woman is like Israel - has been through war, doesn't make the same mistakes twice, and takes care of business.

Between 61 and 70, a woman is like Canada -
Cool, self-preserving, but open to meeting new people.

After 70, she becomes Tibet - wildly beautiful, with a mysterious past and the wisdom of the ages.... An adventurous spirit and a thirst for spiritual knowledge.

THE GEOGRAPHY OF A MAN

Posted by Rick Kaempfer at 6:52 AM 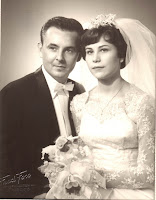 My mom is celebrating her 69th birthday today. (Yes, she was a very young mom)

How well is my mom still doing these days? For her birthday, we got her a 5-wood. Next month, she's going skiing again.

I don't write about mom very often (and I explain why here if you're interested), and she's not exactly thrilled with my career choices over the past decade or so (she never ever reads anything I write), but between you and me, I couldn't do this whole stay-at-home dad thing without her help.

Mom is the most reliable person I know. That's the ultimate German compliment.
Posted by Rick Kaempfer at 7:32 AM

...a young charismatic senator was elected the first Catholic (and still only Catholic) President of the United States.

Posted by Rick Kaempfer at 7:14 AM

My latest Father Knows Nothing has been posted. It's about those horrible few hours between the end of the school day and the end of dinner. It's called "The Witching Hours"

You can read it here.
Posted by Rick Kaempfer at 1:42 PM