And you thought your kids had too much spare time this summer...

Although, gotta admit, pretty impressive.
Posted by Rick Kaempfer at 12:52 AM

I finally won the Powerball. I matched one number and the powerball number, which means I won $4.

I can buy almost one full gallon of gas with my winnings.
Posted by Rick Kaempfer at 2:00 PM

John Landecker is appearing at the Morning Show Boot Camp tomorrow at 11am, and again in the evening when he will be given an award as one of the 25 Most Influential Radio Personalities in history.

Full details about the boot camp at Chicagoland Radio & Media.

I'll be on hand selling copies of "Records Truly Is My Middle Name" along with my co-publisher David Stern. Stop by and say hello if you're in the neighborhood. 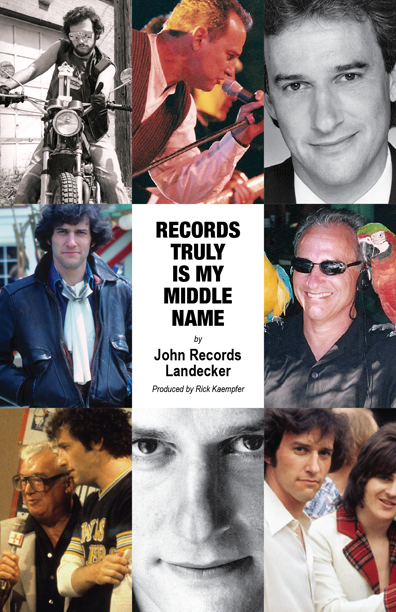 Put Another Cheesland on the Barbie

If you're going to Australia, and you're looking for a book to read in one of their libraries, look up the last name Richardson. As in, Eckhartz Press author Randy Richardson. The Australian Library system just ordered a bunch of copies of his novel "Cheeseland". E- Book Sales Are Leveling Off 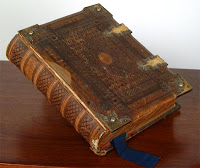 Ezra Klein of the Washington Post (which, ironically, is now owned by amazon's Jeff Bezos) analyzes why he thinks this is the case.
Posted by Rick Kaempfer at 10:22 AM 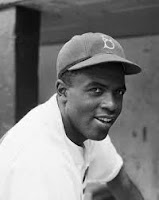 This is sickening. Somebody wrote racial epithets and drew swastikas on the Jackie Robinson statue in Brooklyn.

I know that this country isn't as racist as it used to be, but anyone who thinks racism is a thing of the past (ahem, Supreme Court) doesn't have a clue.
Posted by Rick Kaempfer at 9:44 AM

The best news I've seen all year...from Inside Radio this morning...

Mel Karmazin: I’m done with radio. Been there, done that. That’s the short answer for why longtime radio executive Mel Karmazin says he won’t be returning to broadcasting. In a wide-ranging interview with Fox Business host Neil Cavuto last night, the former CBS Radio and Sirius XM Radio chief said he’s not seen anything to lure him out of his second retirement.

I've been lighting candles at cathedrals all over the country. Looks like prayers really can be answered.
Posted by Rick Kaempfer at 9:31 AM

25 years ago today, the Cubs turned on the lights for the first time.

I was there, producing a live radio show for Steve and Garry. We were broadcasting from the parking lot across the street from Murphy's. I remember it well: the party atmosphere, the long list of luminaries in attendance, and that it doesn't even officially count as the first night game because it was rained out.

I only made it to a few games a year when I was with Steve & Garry (the show was on from 2:30pm to 7pm), so I remember all of those games pretty well, but this one was special.

Even if it doesn't count.
Posted by Rick Kaempfer at 9:26 AM

I've never met a Jay Mariotti fan, but there must be a few because someone is paying him to come back to radio. From today's Tom Taylor column...

Jay Mariotti is living proof that F. Scott Fitzgerald was wrong about there being no second acts in American lives. Chicago-based sports talker/blogger Mariotti is launching a new three-hour afternoon show at his own Mariotti Show site, which will be cleared in Florida on stations owned by Genesis Communications. Those include WHBO Tampa (1040) and WHOO Orlando (1080). Genesis will also run his new website.
Posted by Rick Kaempfer at 9:08 AM


CBS Chicago ‏@cbschicago 29m
Four of the biggest U.S. lottery jackpots in history have all happened in past year. Powerball jackpot ranks No. 4 http://chicago.cbslocal.com/2013/08/07/powerball-jackpot-most-common-numbers-drawn/ …

Pee-wee Herman ‏@peeweeherman 14m
Sleep inside a sandwich. Or a watermelon... http://foodbeast.com/content/2012/03/05/food-tents-now-you-can-sleep-in-a-sandwich-if-you-want/#.UgJtghbx8uJ …

Worst Throw From the Outfield of All-Time

Deadspin posted this gem of outfielder Raul Ibanez. His arm is positively Kaempfer-esque on this throw.

He's 87 years old today. Why do I love Stan? Because of things like this...

From this morning's RAMP Newsletter...

No one at Reach Media is commenting as of yet, but all indicators are... well... indicating that actor/stand-up comedian D.L. Hughley is in the final stages of preparation for the launch of a syndicated afternoon radio show, reportedly replacing Skip Murphy. As we previously reported, Murphy and co-host Jasmine Sanders replaced Michael Baisden earlier this year. It's important to note that Hughley does have previous radio experience, thanks to an earlier stint doing mornings at former Emmis Urban AC WKRS/New York. As far as Hughley's new show being some big secret, all we can say is that he was openly sharing details about the project during a recent appearance on the syndicated Artie Lange Show, telling Lange he was still shopping for a female co-host. Rumors are also swirling that Hughley, accompanied by sidekick/comedian Steve Wilson will "soft-launch" the new show next Monday, August 12. We anxiously await the official confirmation from Reach Media.

Hughley is not only hilarious, he's quite intelligent. I'd love to listen to that show.
Posted by Rick Kaempfer at 11:07 AM

The man who presided over perhaps the most tumultuous time in WGN Radio history has landed on his feet in Milwaukee.

Tom Langmyer has been named Vice President of News/Talk Programming for Journal Broadcasting Group. Details at Radio Online.
Posted by Rick Kaempfer at 10:25 AM

They have named two women as the nightly co-anchors of their newscast. Congratulations to Gwen Ifill and Judy Woodruff.
Posted by Rick Kaempfer at 10:08 AM

I took my sons and nephews to the Chicago Botanic Garden today. I've lived here most of my life and had never been to it before. Shame on me. What a beautiful place... 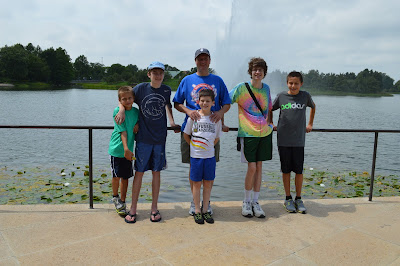 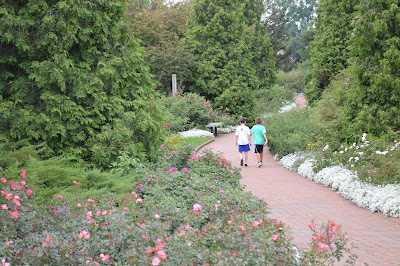 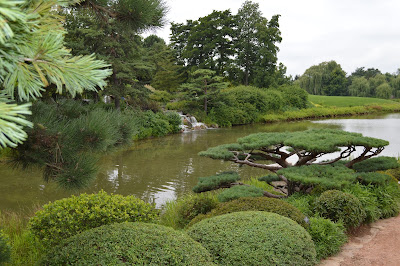 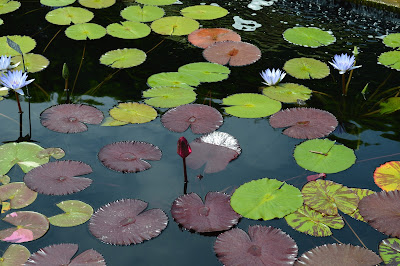 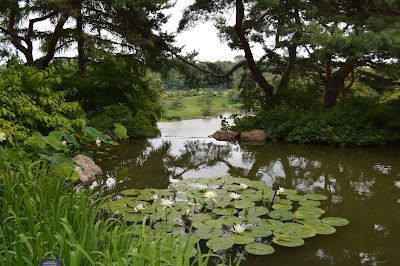 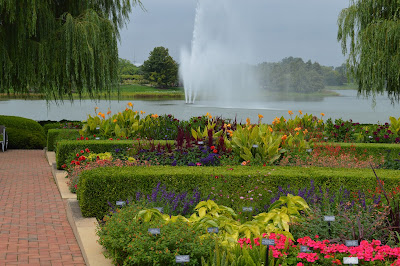 Posted by Rick Kaempfer at 6:03 PM

My Alma Mater (University of Illinois) comes in at #3 on the list of top party schools in the country this year. Of course, when I was there I just went from the classroom to the library to the church, with occasional diversions to help the homeless, so I can't vouch for what it was like in the early 80s.

Posted by Rick Kaempfer at 2:34 PM

My latest Father Knows Nothing column is called "Headphones"

You can read it here.
Posted by Rick Kaempfer at 10:17 AM

On this day in 1959 future Cubs Hall of Famer Billy Williams made his debut.

I was just thinking to myself..."I sure hope Amazon finds a way to get stronger and more powerful"

They have. Amazon's founder Jeff Bezos just bought one of the most iconic newspapers in the country, the Washington Post.
Posted by Rick Kaempfer at 9:42 AM

Soccer on the Radio

From this morning's Tom Taylor column...

Soccer gets bigger on U.S. radio, with Dial Global signing up Barclays Premier League. The deal uses the assets of UK-based talkSPORT radio, and it’s no coincidence that cable’s NBC Sports Network has a new carriage deal with Barclays Premier League. Dial Global works with NBC on the NBC Sports Radio Network, though this offering of live coverage of some of soccer’s biggest team names is through Dial Global. It will offer live coverage of league games, the FA Cup and the Capital One Cup – almost 400 matches per year, in both English and Spanish.
Posted by Rick Kaempfer at 9:38 AM

Records on the Mend

He has two new knees after knee replacement surgery, and his wife has to drive him to work for a little while, but John Records Landecker was back on the air last night at WLS-FM.

Starting this Friday, he's back in the saddle promoting "Records Truly Is My Middle Name" too. He'll be appearing at the Morning Show Boot Camp, presented by Don Anthony. In the morning John will be part of a panel discussion about his days in WLS, and then will also receive an award as one of the top 25 air personalities of the past 25 years in the evening.

Thanks to Tony Lossano for the photograph... 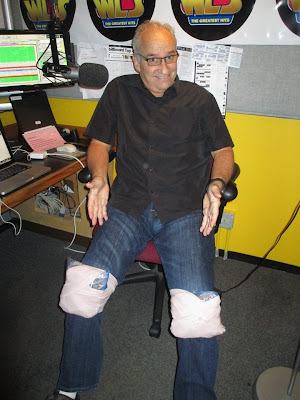 Posted by Rick Kaempfer at 9:31 AM

Randy Richardson on the Radio

Eckhartz Press author Randy Richardson has been making the radio rounds talking about his book "Cheeseland". Randy appeared on Cyrus Webb's show on blogtalkradio and it was a huge hit. This is how Webb reported the news on his facebook page...

Look at YOU! On Wed. July 31st 2 of my interviews on Conversations LIVE received overwhelming support, making them Staff Picks TODAY on Blogtalkradio's main page. My interview with Cheeseland author Randy Richardson had over 18k listeners!

Cyrus Webb talks with author Randy Richardson about his book CHEESELAND and how it's message of friendship and knowing oneself have resonated with readers. Listen and participate in the show online at www.blogtalkradio.com/conversationslive or call in at 347.426.3645.

The Cyrus Webb interview got the interest of another show, and Randy made an appearance last week on The Tony Gill Show.

If you're interested in booking Randy on your show, you can always contact us at rick@eckhartzpress.com.
Posted by Rick Kaempfer at 11:05 AM

The Onion ‏@TheOnion 40s
Area Man Too Poor To Afford Movers, Too Old To Get Help From His Friends http://onion.com/17tNucw

Keith Olbermann ‏@KeithOlbermann 7m
BREAKING: #Yankees to play soon-to-be-suspended Alex Rodriguez at 3B because team can't bear having him on bench with them

CollegeHumor ‏@CollegeHumor 13m
It's National Underwear Day! So what does yours say about you? http://ow.ly/nDNUx

Dave Wischnowsky ‏@wischlist 28m
The truth about Illinois football is that it needs a leader who's as smart as the student body.

It's rare when cable news parodies itself. Although, to be fair, this is really MSNBC parodying Fox News, so I'm not sure that counts (even if it is done well)

Ellen To Host The Oscars

An excellent choice. Variety has the details.

The New York Times has the full story. As you might imagine, the sportwriters on staff are a little bit worried about this development.
Posted by Rick Kaempfer at 10:08 AM

A new voice is arriving on the Chicago radio dial. His name is Mick Lee and he'll be the afternoon host and program director of the former Lite FM (Now known as "My FM"). From this morning's Radio Online...

Clear Channel/Chicago names Mick Lee as Program Director and PM Drive Host (3-7pm) for Hot AC WLIT-FM (93.9 MyFM), effective August 19. Lee is inbound from the company's co-owned group in Baltimore, where he most recently served as Program Director for CHR WZFT-FM since 2010. Previously, he was Assistant Program Director both in Albany and Portland.
Posted by Rick Kaempfer at 10:00 AM

Canadian online study of about 1,000 adults by Kanetix finds that 49% of drivers who listen to talk radio have been ticketed one, two or three times. That compares to about 40% of the general population. Fans of metal music are right behind, at 48%. But if you choose the subset of those with more than four speeding tickets, that’s led by listeners to what Canadian Underwriter calls “R&B” (16%), then classic rock (12%) and country (11%). When it comes to the more serious infraction of careless driving, 6% of hip-hop listeners and 4% of metal listeners say they’ve been charged. How about drinking and driving? Country and classic rock are the leaders.

I was feeling pretty good about myself as a classic rock fan until that last sentence.
Posted by Rick Kaempfer at 9:52 AM