Come on out and see him! 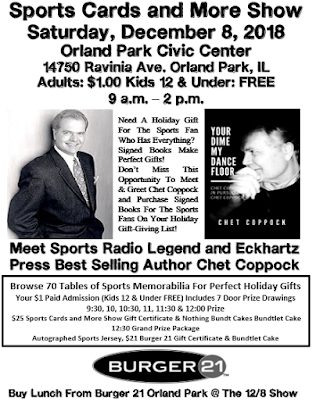 If you really believe the media is fake news, now is your chance to eat all the lettuce. https://t.co/FcECWp6Jn3

From this morning's RAMP Newsletter, more about the strange case of Casey Kasem's last few years...

Was Casey murdered? That's the term being used by both sides of Kasem's seriously fractured family in a story that will be featured this Saturday on CBS-TV's investigative series, 48 Hours.

As the New York Post reports, the ongoing battle pits Jean Kasem -- Kasem's second wife -- against his three adult children -- Kerri, Julie and Michael from his first marriage. The whole sordid mess is laid bare by correspondent Peter Van Sant in Saturday's episode, as Van Sant said, "I have never seen such hatred within a family. Both sides tell credible, powerful stories, both proclaim their love for Casey and both blame the other and accuse the other of killing Casey -- and both use the word 'murder.'"

Kasem, the longtime host of American Top 40 and famously the voice of Shaggy on Scooby Doo, died in June 2014 (Father’s Day) at the age of 82 after battling, among other medical complications, Lewy body dementia, which exhibits symptoms similar to Parkinson's and Alzheimer's -- leaving behind an estate valued between $80-$100 million.

Jean Kasem claims Kerri, Julie and Michael conspired in 2007 to trick Casey into signing over power of attorney, giving them control over his medical decisions (which ultimately killed him). "It was always about the money," she tells Van Sant. The three Kasem children, in turn, filed a wrongful death lawsuit against Jean, claiming elder abuse when she moved Casey from a rehab facility in Santa Monica, CA to a friend's home in Washington State. On June 15 he died at St. Anthony's Hospital in Gig Harbor, WA, and Jean later had him buried in an unmarked grave in Norway. "Jean killed my father," Kerri Kasem tells Van Sant, adding, "The only thing she ever wanted from my dad is money." This tragic, yet riveting episode airs this Saturday night at 10pm ET/9pm CT on CBS.

So sorry to read this blurb in Robert Feder's column this morning...

Our hearts go out to Buzz Kilman, longtime Chicago radio newsman/sidekick and blues musician, on the loss of his wife, Aimee, who died Tuesday after an 11-year battle with metastatic breast cancer. A native of Roselle and massage therapist, she was 53. “Aimee Jo Johnson-Kilman . . . she was the best!’ Buzz Kilman wrote on Facebook. “My dream girl! R.I.P. with all my love forever!” Condolences also to their 17-year-old daughter Piper.

Deepest condolences to Buzz and his family.
Posted by Rick Kaempfer at 9:42 AM 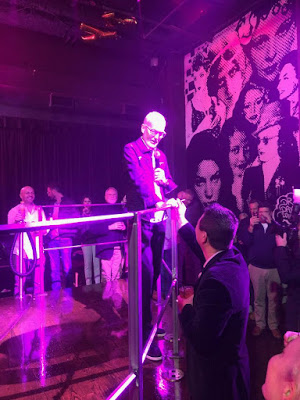 I spent the last five days down in Atlanta, saying goodbye and paying tribute to my dear friend Mark Gelinas. In some ways, Mark is a lucky man. He is constantly surrounded by friends and family who love him. And he was well enough this weekend to gather us all together to say thank you for all we had done for him.

A few weeks ago Mark decided to end all chemo and radiation treatment because it simply wasn't working anymore. The doctors have given him only a few months to live, at best. So Mark did what he has done his whole life. He threw a party.

We came in from all over the country. Friends that have known him since grade school or high school (like me) are scattered from sea to shining sea, but we all stopped whatever we were doing and came to Atlanta. Friends he got to know during his days in Indianapolis and Atlanta did the same, along with his family. His wife. His son. His parents. His siblings. His nieces and nephews. We were all there for him. 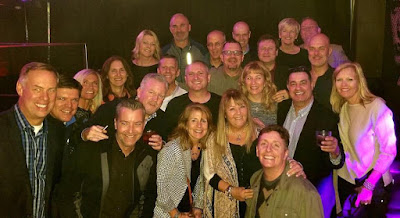 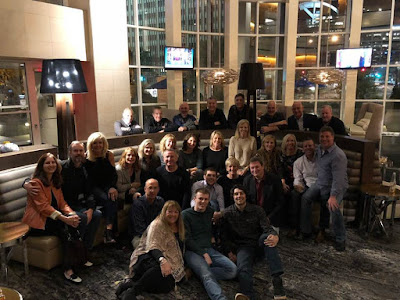 A few of us stayed an extra day or two to spend a little more time with him, to selfishly squeeze a few more moments out of our life-long friendships. His body was frail. His mind was not. And he told us each how he felt about us and how much we meant to him while he was on this earth.

But there was one person who didn't cry. There was one person who was at ease with his fate. That guy is just about the bravest guy I've ever met. I am so proud to have published his book, which will live on to inspire others long after Mark leaves us. As long as I'm a publisher, it will never go out of print.

For us--he will forever be--Gel Strong! 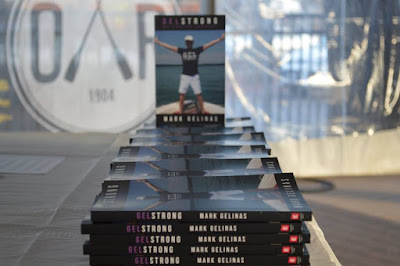 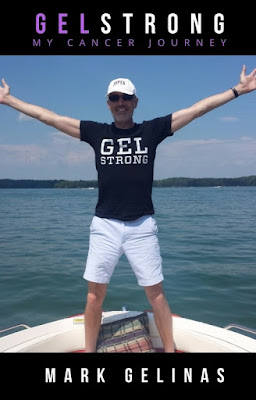 Posted by Rick Kaempfer at 9:10 AM