Back after July 4th holiday

I'll be out of the office for the next few weeks, but the beat goes on at my various different ventures.

Eckhartz Press has at least six books in the pipeline for this summer. A few will be coming out on e-book in the coming weeks and a few brand new paperbacks will be coming out soon. My co-publisher Mr. Stern will keep everyone apprised of the new stuff via facebook, twitter, and the eckhartzpress website.

Just One Bad Century will continue to update new content every day; this week in Wrigley history, Cubs birthdays, historical events, and more. If you're a Cubs geek and you don't like JOBC, I worry about your true Cub-geek-ness.

My regular Illinois Entertainer column will come out on July 1st. This month I interviewed a former Chicago radio pro who is now mentoring and teaching the next generation of broadcasters. Don't laugh. There is a next generation. It's an uplifting interview.


Episode 55 of Minutia Men will come out on Thursday June 15th. Dave and I will discuss where I am, Canadian duels, an eating and drinking history of the Netherlands, Jenkins at the funeral home, the worst trade in Cubs history, and my brush with Julie Andrews and Blake Edwards. Episode 56 won't air until July.

Hope everyone has a great couple of weeks!

An Ode to Prog Rock

I always had a soft spot for the 1970s progressive rock movement. It made me feel like we were headed to a higher, grander style of music. Turns out we never quite got there.

The New Yorker has a great piece about this movement today. It appears the kids are now discovering it. I know my oldest son loves it.

Posted by Rick Kaempfer at 8:49 AM

As the Sumner Turns

This is the lawsuit that just won't go away for CBS/Viacom chairman/vegetable Sumner Redstone. From Tom Taylor's NOW column... 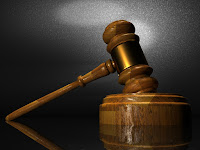 Sumner Redstone’s love-life is back in the courts. So are his finances, because the man who’s still the controlling shareholder in CBS and Viacom allegedly gave tens of millions of dollars to his romantic companions, before they were ousted from his estate. Sumner later sued two of them to recover the money. Turns out we haven’t heard the last of gal-pal Sydney Holland. Bloomberg says “A Los Angeles judge on Monday refused to dismiss her complaint that [Sumner’s daughter Shari] secretly paid her father’s staff to dig up confidential information” to use against Holland. Sydney wants “about half of Sumner’s liquid assets” in the California-sanctioned category of palimony. That could be 1% or 2% of $5 billion. Shari Redstone wanted the new Sydney Holland suit to be dismissed – but the judge didn’t see it that way.
Posted by Rick Kaempfer at 9:15 AM

Eric and Kathy fans know that Kathy has been off the air for a while now embroiled in some sort of dispute. The ratings news that came out yesterday (Robert Feder reports) probably isn't going to help her if she was looking for leverage.

The show remains #1 in Chicago, even without her.
Posted by Rick Kaempfer at 9:01 AM

This is what I was doing yesterday... High atop the city on the rooftop of LondonHouse Chicago, legendary Chicago DJ Mitch Michaels and Chicago based book publisher Eckhartz Press came together on an agreement to release Michaels’ book Doin’ The Cruise: Memories of a Lifetime in Radio and Rock & Roll.

Michaels, a radio disc jockey since 1969 and in Chicago since 1971 is synonymous with rock & roll to generations of Chicago rock fans. Michaels career has included stints on nearly all of Chicago’s biggest rock stations including WLUP, WCKG, WKQX, WXRT, WDAI, CD 94.7 and now as afternoon drive host on 95.9 WERV-FM ‘The River’

Michaels book Doin’ The Cruise: Memories of a Lifetime in Radio and Rock & Roll is a memoir tell all that delves into his great personal rock and roll stories including the direct impact he had on Rod Stewart’s career, his place in the infamous Disco Demolition, Studio Jams from Mantra Studios, and his personal dealings with Pete Townshend and Roger Daltry to breathe life into a lagging Who concert promotion at the Chicago Stadium. Michaels also sheds light on his life outside of radio as well including his successful (and then failed) boutique retail operation, his family life including his marriages, children and the untimely passing of his son.

“I can’t even begin to tell you how excited I am about this book,” said Michaels. “I’ve been rocking in this town since the early 70’s and I've got some stories you wouldn’t believe…but they’re true!”

"I grew up listening to Mitch on the Loop," Eckhartz Press' Rick Kaempfer said. "If you would have told the high school me in 1980 that I'd one day publish the books of my radio heroes (Mitch Michaels, John Records Landecker, Bobby Skafish), I never would have believed it."

Doin’ The Cruise: Memories of a Lifetime in Radio and Rock & Roll is slated to be released on September 5th, 2017 and published by Eckhartz Press. The book was written with Chicago-based author / noted music journalist Ken Churilla. This is Churilla’s second book.

Posted by Rick Kaempfer at 8:29 AM

I met Adam West a few times in my radio career and told him that. He wasn't impressed. Oh well. His legacy remains...

Posted by Rick Kaempfer at 8:20 AM

Yesterday was my last official day as the soccer coach for my son's team, after seven years at the helm. My fellow coach and I Adam Howarth have one last job with this team. We are taking them to Europe on Wednesday for a two week soccer-playing tour of Holland and Germany.

I must admit, I got a little verklempt when the boys gave us this going away gift...

Posted by Rick Kaempfer at 8:15 AM

Had a great time in Union Illinois on Saturday with John Records Landecker. We were at a phonograph show, and selling some books. 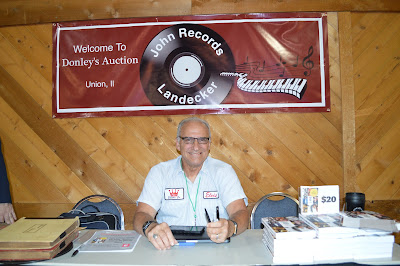 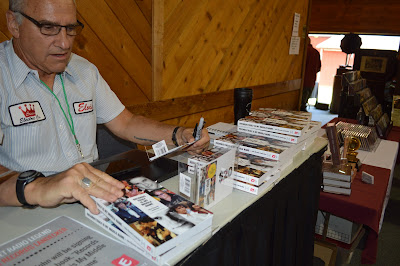 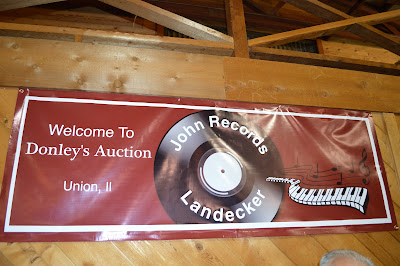 Posted by Rick Kaempfer at 8:12 AM