Tis the season for Christmas form letters from long-lost friends and family members. We've been big fans of these since childhood, and we've actually acquired quite a collection over the past decade or two. (Send us yours by clicking on the "E-mail me" link on the right.)

Most letters are a little boring and maybe a little too inside for mass consumption, but others are Christmas letters for the ages. We're going to feature a few of those between now and Christmas this year. This classic comes from Christmas 1964.

Remember in February when my husband took me on that cheap cruise to celebrate our 30th anniversary?

Remember how I complained that I don’t like boats and was afraid that the weather might get rough?

Remember how all of you said that it’ll be fine and just suck it up for the short time?

Well I got five words for you: THREE HOUR TOUR MY ASS!

You’ve probably noticed that Thurston and I haven’t been around the club much this year. That’s because the ship took ground on the shore of some uncharted desert isle. We’ve been stranded here ever since.

Just sit back and I’ll tell you the tale of how we spent 1964 with the five most annoying people on earth.

First there’s this imbecile named Gilligan. He likes to be called a mighty sailin’ man, but it’s unbelievable how clumsy he is. He breaks something really important every week. The amount of time we spend propping up this moron’s deflated ego is ridiculous. Perhaps we’ll get lucky and he’ll be hit by a coconut in the coconut.

Then there’s this overweight gentleman that piloted us right into an island. He weighs in the neighborhood of 300 pounds, and somehow hasn’t lost an ounce despite living on a deserted island. He must be eating 600 oranges a day.

Would you believe Ginger Grant is on our island? Oh, you've never heard of her either? We’ve been here ten months and this "movie star" has already produced 5 variety shows. She keeps saying how lucky it was that I brought nine trunks of clothing. She uses my finest dresses as costumes. Can you imagine? This is probably the best she's ever looked in her dismal career.

There’s also another gentleman we call the professor. The others consider him a “genius" because he can make radios out of bamboo and formulas to cure every disease. He can’t figure out how to get us off this island, however.

Finally, there’s this very sweet girl named Mary Ann. She’s so nice that she’s driving me positively batty. She’s always trying to make the best of things despite our lack of electricity and servants. I hate her guts.

We’ll that’s about it on my end. If you get this letter please keep the bottle that it came in. You know how cheap Thurston can be. Oh and by the way, if you see Sherwood Schwartz kick him in the family jewels for me, OK?

If you've missed any of our previous columns, click here: http://halfemptyarchive.blogspot.com
Posted by Rick Kaempfer at 12:03 AM


You may not know the name Haven Gillespie, but if you’re a parent, he has given you the gift that keeps on giving. Since 1934, American parents have quoted this wise Kentucky philosopher on a regular basis; especially during the months between September and December. J. Fred Coots may have written the music that makes Gillespie’s words more memorable, but it’s the words themselves that have resonated with parents.

Haven Gillespie wrote the lyrics for “Santa Claus is Coming to Town.”

While it’s certain that parents used the Santa threat well before Gillespie wrote the lyrics for that song, he gave the threat credibility. I think that’s the secret to the song’s longevity—a reason why it has become a standard; a beloved holiday song. The music may be warm and comforting, but the lyrics are a none-too-subtle threat.

If you’re a parent that hasn’t quoted that song at one time or another, then you’re a saint. The temptation is simply too strong. When the little darlings are acting up, crying, or whining, and it’s during those glorious months between September and December, a simple humming of this song will often stop them in their tracks. It’s the Santa threat.

Sure, Santa brings presents, but he’s a little scary.

You better watch out!

Sure, Santa brings presents, but he hates whiners.

Parents may have told their kids this before 1934, but when the words are in a song, they have gravitas. Keep in mind this song was written during the Great Depression when children already knew they weren’t going to get much. The 1934 Santa had a much smaller bag, and he wasn’t going to bother putting toys in that bag for whiners or complainers. That must have been pretty obvious to kids in 1934, but I’m still glad Gillespie put it in the song. It’s not obvious to my kids. As a matter of fact, between January and September, I tell them not to whine, cry, and pout all the time—and it’s like I’m saying ‘blah, blah, blah.’ But during the autumn months, I simply sing Gillespie’s wonderful lyrics. It gives my words power and meaning, because…

Santa Claus is coming to town.

While the first verse is great for handling simple whining and crying problems, the second verse of the song is positively visionary. This is the verse that lets my kids know that the entire matter is out of my hands. I’d love to help them out, but I’m not the one keeping the list; Santa is. Take it up with the bald fat man at the North Pole. He’s the one that controls the presents, and he’s not around, so you’re wasting your breath begging me. What is the kindly old man doing right now?


I have probably said those words a thousand times in my ten years of parenthood. My oldest son Tommy nods knowingly when I sing it. Don’t question Santa. The man is a stickler for detail. Dad forgets things all the time, but he’s not keeping a list. That Santa character is the real deal. I once heard Tommy explaining to his little brother that Santa has people everywhere—a network of spies that rivals the KGB. You may run, but you can’t hide. Don’t believe me? Listen to the words…

He’s going to find out who’s naughty and nice.

He sees you when you’re sleeping,

That’s probably the scariest line in the song. I like to sing it in a sinister voice.

He knows when you’re awake.

I’m betting that not many parents use that line, but I have two boys who share a room. I’ve opened the door on school nights more than a few times to sing that line. It silences the boys instantly—like magic. I love that line, but not as much as I love the refrain. It’s what gives the song a happy ending—a course of action.

He knows if you’ve been bad or good,
So be good for goodness sake.

Now that’s just the Santa threat in the most direct terms possible, but it comes with a positive message, even if it’s said through a forced smile. When a child is pouting, or whining, or wailing, or fighting, or doing anything at all other than what Mom and Dad want them to do, the solution is right there.

Be good for goodness sake.

Got it? Good. Now go to your room.

Most kids don’t even know the rest of the song. The next few verses are full of boys and girls having a jubilee, and kiddie cars and curly head dolls…but kids have a very hard time remembering those verses. The message of the first two verses and the refrain are still ringing in their darling little ears.

And for that, we should all thank Haven Gillespie.

If he hadn’t passed away in 1975, we would be calling him right now to commission another song. By ten in the morning on December 25th, if you try the Santa threat again, even if you sing the most powerful holiday song of all time, you will probably get a reaction something like this:

“Santa’s already been here. Look at all these presents! He loves me!”

I know I speak for most parents when I say it’s time for a new song to cover the time from December 25th to September 1st. That’s a long time to parent without such a powerful threat. Consider this a plea to the Haven Gillespie of the 21st century. I don’t want to be greedy, but if the words could say something about video games being taken away forever, that would be great.


If you missed any previous Suburban Man columns, click here: http://suburbanmanarchive.blogspot.com
Posted by Rick Kaempfer at 12:03 AM 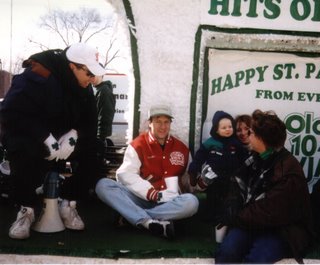 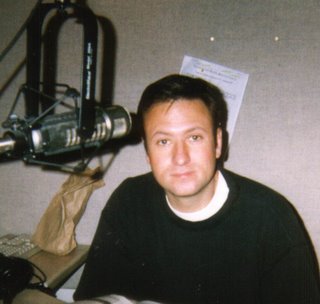 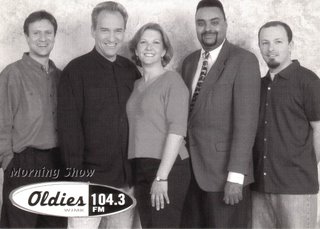 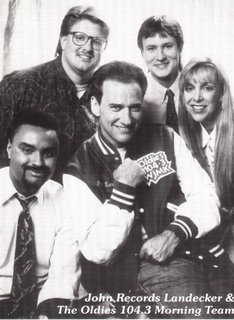 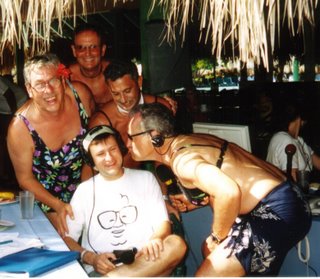 Live broadcast: the Dominican Republic, November 2001. Men dressed as women getting a kick out of the uncomfortable German guy. 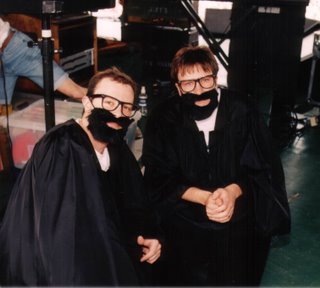