Donna Douglas passed away this morning. She was best known as Ellie Mae Clampett in the Beverly Hillbillies, but don't forget her co-starring role in Elvis' Frankie & Johnny....

Elvis said that he slept with every one of his movie co-stars except one, and Mary Tyler Moore says she was the one. I guess that means the Elvis and Ellie Mae...
Posted by Rick Kaempfer at 1:50 PM

Look who is on the cover of Baseball America's Prospect Handbook for 2015... 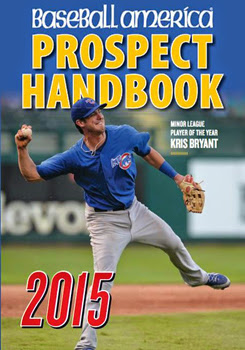 Posted by Rick Kaempfer at 1:39 PM

The news hit over the holiday. Robert Feder has the details.

It sure sounds like Bruce could be gone soon too. I hope not. I think he and John Howell could be an interesting team. (Feder is predicting that Howell will be hired as the morning man at WLS soon).
Posted by Rick Kaempfer at 11:10 AM

He passed away of heart failure this week at the age of 82. The New York Times has a very fond tribute to him.

I always wanted him to run for president during the dark days of the Democratic Party (Carter, Mondale, Dukakis) but he never did. He died just hours after his son was sworn in for his second term as governor of New York.
Posted by Rick Kaempfer at 10:51 AM

May you be like George Bailey in 2015, the richest guy in town.

Posted by Rick Kaempfer at 2:56 PM 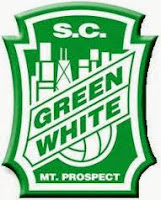 One of my ongoing writing projects is chronicling the history of Green White Soccer Club; a club co-founded by my father Eckhard. The project will culminate at the end of 2015 with a book that celebrates all 60 years.

Father Knows Nothing on the Radio 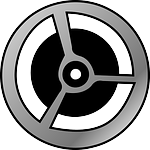 I spent the morning talking on the radio in my old college town, Champaign-Urbana, on the #1 station in town there, News-Talk WDWS.

Here's a link to the interview: Father Knows Nothing on the Radio

Thanks so much to Elizabeth Hess for having me on. She was my intern at WJMK about 15-20 years ago. It's a small world.
Posted by Rick Kaempfer at 8:26 AM

Reader Reviews for Father Knows Nothing 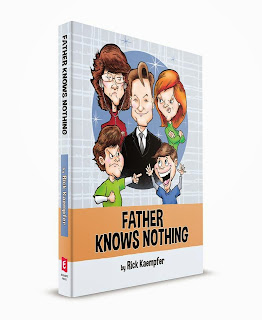 The reviews are starting to come in via amazon readers. Here are a few excerpts from those 5-star reviews...

"I knew he was a good writer, but I didn't know exactly HOW good. Few books, even very funny ones, make me laugh out loud. Father Knows Nothing did, several times. And not just chuckles either, but LAUGHS. Rick is a funny guy, and even funnier in written form. I started reading it on Christmas Day, and finished the next day. This, with two little kids running around. THAT'S how good it is."
--AA

""Father Knows Nothing" is laugh out loud funny! I can't decide if it is a work of complete fiction, or the most insightful book on parenting that I have ever read."
--DB

If you've read the book, please add your reviews too. Every little bit helps to spread the word. Thanks!

I'll be back on the air tomorrow morning promoting it in my college town of Champaign Urbana. Looking forward to it.
Posted by Rick Kaempfer at 9:23 AM

Starlin Castro questioned in ANOTHER shooting? Looks like he isn't involved in this one either, but what in the world is going on down there in the Dominican? The Cubs are worried.

Details are here.
Posted by Rick Kaempfer at 8:56 AM

End of the Year media stories

1. Is the AP's North Korea office under control of the North Korean government?
That was the charge made over the weekend by a watchdog group who supposedly got a copy of the AP's agreement with the North Korean government, in which they vowed to print anything the government says it should. The article linked above is the AP's response to that charge and that document. Sounds to me like that was an earlier draft of the agreement (not the final), but they also aren't exactly denying it. Read it for yourself to make up your mind.

2. WXRT hires a new music director
This is something that only happens once a generation or so. People generally do not leave WXRT. The new MD's name is Kelly Ransford and she comes from two highly respected stations out west, KFOG in San Fran and the Mountain in Seattle.