The February issue of Illinois Entertainer is out and includes my interview with WGCO's Bill Turck. He's a great supporter of the arts in Chicago.

Read it here.
Posted by Rick Kaempfer at 2:39 PM 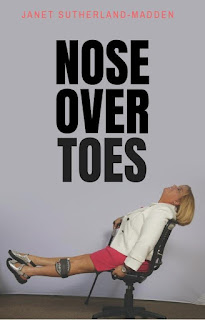 This book is about former Chicago radio reporter, Janet Sutherland who had been taking four aspirin four months straight in 2004, while working at a Columbus, Ohio radio station as an advertising sales rep. Sutherland left work early to walk her dog Bogie after a grueling day knocking door to door selling radio ads and was struck with the worst headache of her life. Sutherland suffered a ruptured brain aneurysm. One in 50 people currently have a brain aneurysm and do not know it. Sutherland miraculously recovered and felt her story would save lives and provide hope to survivors. NOSE OVER TOES tells the story her recovery and includes research from The Brain Aneurysm Foundation.

That day, March 22, 2004, friends and family sat at Janet’s bedside, she was given 3 percent chance to live. For weeks her co-workers raised money for her family, joined her battle, and prayed she would survive. After spending years in rehabilitation, Sutherland wrote two bills to promote the disease around the Midwest, she now speaks regularly on Chicago radio stations and on TV about her brain aneurysm experience.

I was truly captivated by Janet’s story…from front to finish! I laughed out loud and even welled up with tears as I read page by page of her journey. Janet is a survivor in every sense of the word. When anyone else (including myself!) would have given up, Janet persevered. Whether it was through the help of her parents, her beloved dogs, her friends or her co-workers, Janet’s journey is one everyone should know about. She makes me “stop and smell the roses” at the end of every chapter! As a friend and former co-worker, I have always looked up to Janet, but now I truly admire her courage, her strength and her humor.
–Andrea Darlas, WGN-Radio

It’s a truly inspiring story. The book is officially being released on March 22 (the 15th anniversary of her aneurysm), but we are taking pre-orders beginning today. Click here to reserve your copy.
Posted by Rick Kaempfer at 8:37 AM

Colbert's Tips for Chicago During Cold

Posted by Rick Kaempfer at 9:51 AM

Lord of the Ringos

From this morning's RAMP Newsletter. This sounds exciting to me...

Lord of the Rings filmmaker Peter Jackson is working on a Beatles documentary that will chronicle the making of the band's 1970 Let It Be album. Jackson will have full access to the 55 hours of in-studio footage shot by Michael Lindsay-Hogg in early 1969 for his 1970 feature film, Let It Be.

Fittingly, the announcement about the project was made on Jan. 30 -- the 50th anniversary of The Beatles' final live performance -- their now legendary January 30, 1969 set (accompanied by Billy Preston on keyboards) on the roof of the Apple Corps building at 3 Savile Row in London. "The 55 hours of never-before-seen footage and 140 hours of audio made available to us ensure this movie will be the ultimate 'fly on the wall' experience that Beatles fans have long dreamt about," Jackson said. "It's like a time machine transports us back to 1969, and we get to sit in the studio watching these four friends make great music together."

As Variety reports, the original Let It Be film has long been out of circulation, having only been released only on VHS and laserdisc. The film was restored for a planned DVD release in the early 2000s, but that was scuttled amid reports that Paul McCartney and Ringo Starr were unhappy with the movie's emphasis on the tension between bandmembers in the studio.

However, according to NPR, Jackson said, "I was relieved to discover the reality is very different to the myth. After reviewing all the footage and audio that Michael Lindsay-Hogg shot 18 months before they broke up, it's simply an amazing historical treasure-trove. Sure, there are moments of drama -- but none of the discord this project has long been associated with. Watching John, Paul, George, and Ringo work together, creating now-classic songs from scratch, is not only fascinating -- it's funny, uplifting and surprisingly intimate."

Jackson plans to enhance the film's original 16mm footage using the same amazing technology he employed to restore the World War I footage used in his highly acclaimed documentary, They Shall Not Grow Old. Sources believe the still-untitled film will be released in 2020 to coincide with the 50th anniversary of the Let It Be album and movie.

Posted by Rick Kaempfer at 9:30 AM 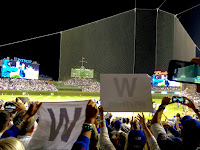 Remember the book "The Cubs Way" about the way Theo Epstein rebuilt the Cubs, and the culture he created within the organization? Well, one of the candidates running for president has taken that book to heart and is incorporating the lessons learned. Can you guess which one?

Would you believe Elizabeth Warren?
Posted by Rick Kaempfer at 9:26 AM

Posted by Rick Kaempfer at 9:05 AM

How Cold Is It? 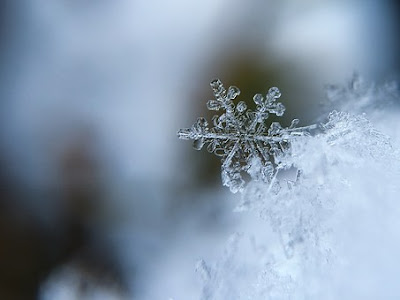 It's so cold in Chicago right now, that...

Not leaving the house, thank you very much.
Posted by Rick Kaempfer at 10:21 AM

We have well over 200 five-star reviews on iTunes. Thanks so much for all the kind words. Here are a few recent ones...

More Useful Than Wikipedia
5 stars in iTunes by S Master Flex from Canada on January 22, 2019
These boys know their stuff and have also had brief encounters with nearly every important person in the history of the world. (example episode 57 Rick encounters Bob Feldman) Seriously, an entertaining podcast about anything and everything! You will not be disappointed checking them out and adding them to your weekly podcast cycle!

A Great Morning Show For Any Time
5 stars in iTunes by Sknapp09 from USA on January 14, 2019
Very professionally done and the hosts have great chemistry! You get all the benefits of a great morning talk radio show with none of the trouble of listening to the radio.

Check It Out!
5 stars in iTunes by Home Video Hustle from USA on January 10, 2019
Right off the bat i was engaged with this podcast becuase the hosts have great chemistry and the episodes are quick bursts of comedy that make you want to binge multiple episodes. Topics are varied and never monotonous and i guarantee you will enjoy every bit of minutia.

Love Rick and Dave's Sense of Humor
5 stars in iTunes by Tim O'B from USA on January 7, 2019
I really like their sense of humor and glad I discovered this podcast. You can tell they've got this thing down and know how to entertain and keep you company between the ear buds. So glad I discovered it this week. Where have I been?

What a blast!
5 stars in iTunes by Pod Addict T from USA on January 4, 2019
Super fun show, great chemistry, lots of laugh, and tons of fun guests!
Posted by Rick Kaempfer at 9:50 AM

I will be there this year as a presenter. Can't wait to participate. Here are the details...

We listened to your suggestions from last year and 2019 is going to be even bigger and better!

Your registration fee includes breakfast both days, one lunch, and dinner on Saturday night at the hotel (cash bar).
NOTE: The dinner on Saturday evening is FREE TO ATTENDEES, but you must reserve a free ticket below. You may purchase an additional ticket if you'd like to bring a guest.

Visit our website for more information and to meet our speakers.

Non-members: join CWA for only $25/year and register as a member.

Registration will close on March 8th, 2019. There will be no same day registration.

Posted by Rick Kaempfer at 9:21 AM

Listen to it here.
Posted by Rick Kaempfer at 11:02 PM

Have you ever seen a Baby Porcupine eating a banana? 🍌 pic.twitter.com/VU5s8VZNRF