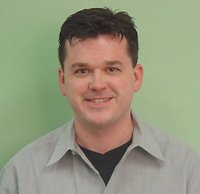 Shawn Wood is a commercial litigator and partner with the national law firm Seyfarth Shaw LLP. Shawn is also a monthly columnist for Chicago Lawyer magazine and a recipient of its Annual Writing Award. Most recently, he was honored by the Chicago Daily Law Bulletin as one of its "40 under 40 Attorneys To Watch" in 2005.

Shawn contributed a piece to this blog around the time of the Academy Awards. This is his second guest blog. I asked him to write a piece about the Boston lawyers who exchanged nasty e-mails, and he was gracious enough to provide the following...


ANATOMY OF AN E-MAIL
By Shawn Wood


You probably first read the infamous “Lawyers Behaving Badly” e-mail exchange through a forwarded message. Within days, it was featured in the Boston Globe and on CNN. By the end of the month, the story exploded onto every media outlet but Cartoon Network.

And when the media’s talking heads got around to addressing lessons learned, everyone missed the point.

The e-mail exchange was between two lawyers in Boston. Criminal defense attorney Will Korman had offered a job to recent law school graduate Dianna Abdala. She respectfully declined.

Actually, she not-so-respectfully declined. To do it justice, I’ll quote George Michael (and not the one with “guilty feet that had no rhythm”), and say let’s go to the tape:

Abadala: Dear Attorney Korman: At this time [which, incidentally, was well past happy hour at 9:23 on a Friday night], I am writing to inform you that I will not be accepting your offer. After careful consideration, I have come to the conclusion that the pay you are offering would neither fulfill me nor support the lifestyle I am living in light of the work I would be doing for you. I have decided instead to work for myself, and reap 100% of the benefits that I sew. [sic.] Thank you for the interviews. [signed] Dianna L. Abdala, Esq.

So you’re thinking, all right, it’s mildly annoying. The “lifestyle” part makes her sound like Nicole Ritchie, and signing her name “Esq.” is a bit much, but what’s the big deal? Here’s the exchange the followed:

Korman: “Given that you had two interviews, were offered and accepted the job (indeed, you had a definite job start), I am surprised that you chose an e-mail and a 9:30 p.m. voicemail message to convey this information to me. It smacks of immaturity and is quite unprofessional. Indeed, I did rely upon your acceptance by ordering stationery and business cards with your name, reformatting a computer and setting up both internal and external e-mails for you here at the office. While I do not quarrel with your reasoning, I am extremely disappointed in the way this played out. I sincerely wish you the best of luck in your future endeavors. – Will Korman.”

Abadala: “A real lawyer would have put the contract in writing and not exercised any reliance until he did so. Again, thank you.”

Korman: “Thank you for the refresher course on contracts. This is not a bar exam question. You need to realize this is a very small legal community, especially for the criminal defense bar. Do you really want to start pissing off more experienced lawyers at this early stage of your career?”

After Abdala hit “send” with those three words, this exchange was sent and re-sent all over the globe. The phrase “to pull an Abdala,” consequently, became part of our vernacular.

By the time in reached us here in Chicago (where our “lifestyle” is always a bit behind), the e-mail chain actually shows a fascinating game of telephone. Each person who forwarded the message offers a short commentary on the exchange.

One of my favorites is a guy named David Breen, who rips on Abdala’s failure to distinguish between “reaping what you sow” and reaping what you do with a needle and thread. He also comments that Abadala clearly must not be a BU grad. (Echoes of Thurston Howell’s “Ahh. A Yale man.”)

Another recipient and sender is identified as Alison Foley. Alison says she went to school with Abadala and that the e-mails “truly convey [Abdala’s] personality.” (“I had two classes with her. In both, she would come to class late, sit in the front row eating and drinking (usually chips and a Snapple), and never took notes.”)

These real-time comments also offer an opportunity to learn new online-speak. Most folks know “LOL” means laughing out loud and “BTW” means “by the way,” but one person commenting within the Boston e-mail chain remarks: “WTF is with the Bla, Bla, Bla.”

We learn something new every day.

Once the e-mail exchange was picked up by major news outlets, many of them covered the story by explaining how it “just goes to show that you need to be more careful what you say in an e-mail because it could hurt your career.” These comments seem to miss the larger point.

The more fundamental lesson here is far more simple: DON’T ACT LIKE SUCH A JERK IN THE FIRST PLACE!

This wasn’t a situation like the f-bomb laced tirade by a Chicago real estate associate that made the rounds last year (often referred to as the “monkey scribe” voicemail), where someone blew his cool and yelled at opposing counsel. If we’ve done our jobs well, we’ve all been the recipient of harsh words at some point in our careers.

The Boston e-mail exchange was entirely different. It showed a laughably snotty young lawyer (one of the most convincing antagonists since William Zabka), who spit in the face of someone who was giving her an opportunity, and then she hocked an ever bigger loogie when he tried to explain that the legal community is a small world.

Whether this was all caught on a recorded e-mail or not, whether it was in a professional setting or with a stranger on the bus, what seems important here is to avoid ever acting like such a complete jerk toward another human being (or even toward a cat or goldfish, for that matter).

In a subsequent interview with the Boston Globe, Abdala referred to herself a “trust fund baby” who has “just been taking it easy” because “she worked hard in school.” She also claimed that she was enjoying the notoriety from the all the publicity regarding the e-mails, but also said she had filed a Complaint against Korman with the Massachusetts state disciplinary board complaining about Korman’s forwarding of her messages to third parties.

Wouldn’t you love to be the attorney with the state disciplinary board who had that Complaint land on your desk? You could offer the triumphant three-word response: