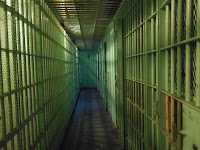 Yes, it took far too long for Hollywood to react to this. But don't forget that the press DID out him, and the company DID fire him.. And at no point has anyone defended him (like they did the president or O'Reilly or Ailes or Cosby) as a "very good man". The one way that this case is the same as the others is that he almost certainly won't end up where he deserves after this.
Posted by Rick Kaempfer at 6:30 AM