Randy is the president of the Chicago Writer's Association, which boasts a membership of more than 300 established Chicago writers, including the entire Eckhartz Press stable. 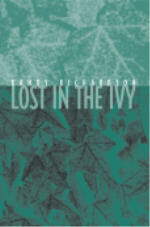 "Cheesland" is not Randy's first novel. His mystery "Lost in the Ivy" was a "Fresh Voices of 2006" Book Award winner. Here's a brief synopsis of that great novel: "Against the backdrop of Chicago's storied Wrigley Field, a baseball shrine cursed by a billy goat, Charley is caught in a deadly game of cat-and-mouse that plays out in two seasons--one of futility and the other of hope. Only by unlocking the mysteries of his past and opening his heart again will he be able to find if hope truly does spring eternal." If you'd like to find out more about it, here's a great Q&A with Randy discussing the book. 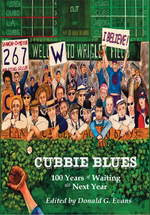 I became aware of Randy when we worked together on the 2008 book "Cubbie Blues: 100 Years of Waiting 'Til Next Year". "Cubbie Blues" was edited by Chicago Literary Hall of Fame founder Don Evans, and featured essays from the likes of Rick Kogan, Sara Paretsky, James Finn Garner, Dave Hoekstra, Robert Goldsborough, Christine Sneed, Jonathon Eig, Scott Simon, radio personalities Lin Brehmer and Mike Murphy, and several other Chicago writers including Randy and me. In this Q&A, Randy revealed his Cubs street cred. (He must have had a rough childhood growing up in Chicago's southern suburbs).

And that's just the tip of Randy's writing iceberg. I'll get a pick ax and chop off more of his bio from the iceberg in the coming days.

In the meantime, "Cheeseland" is available for pre-order now. It has gone to press. We'll begin shipping on May 29th.
Posted by Rick Kaempfer at 10:35 AM