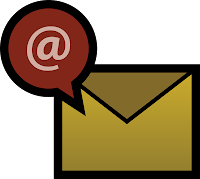 If you haven't heard yet, somebody hacked Sony Pictures, and released a slew of e-mails to, from, and about movie stars working with/for them. They think it might have been done by North Korea as payback for the new Seth Rogan comedy about killing the North Korean leader.

I feel a little dirty for reading it, but it pretty much confirmed what I already believed anyway.
Posted by Rick Kaempfer at 8:30 AM