Lee Kingsmill's book "Safe Inside" is a beautiful memoir set in 1940s Chicago. It's available NOW via Eckhartz Press. I recently got a chance to speak with Lee about his book...


Rick: Your book evokes such vivid descriptions of your south side neighborhood in the 1940s. Were those vivid memories still in your head or did you have to do some research to rekindle that flame?

Lee: The memories set up camp in my head and seem to have a permanent lease there. I did, however, take some steps to refresh them. I poured through microfilm of Tribunes from the 40's at the main library in Chicago to find the exact date that Mom took me to "Christmas in Connecticut," and to get the period ambience as correct as I could manage. I did the same for the scene of my grandparents' anniversary party.
John and I drove slowly down 79th street, and I'd get out frequently to walk and remember. Most helpful of all was going into the Avalon, now the New Regal, and throwing ourselves on the mercy of Loyal Griffin, the manager, who let me graze for hours, making notes and sketching. I had the place to myself and I reveled in it shamelessly. If I could reach him now, I'd certainly send him a copy of what he called, with some amusement, my great American novel.

Rick: You deal with such important and serious issues like mental illness, divorce, and sexuality. Those are some of the most heartbreaking moments of "Safe Inside." Were they more difficult to write than some of the others?

Lee: Writing about those aspects of the book was certainly not easy. I couldn't have done it while my parents were still alive, though I like to think they'd see it was written with abject love. In a way, writing "Safe Inside" was a way of explaining my family not just to the reader but to me.

Lee: The plot came first. The Blue Leopard was pure fun, like writing an old cliff hanger serial. The book is drenched in movies and their effect on us, and this was a way to address another genre. Shorty needs to conjure up the Blue Leopard, who is everything he is not, each time the outside world threatens to overwhelm him.

I hope the reader spots some of the Blue Leopard characters as avatars of Shorty's family. In his comic books, he's able to deal with them rather ruthlessly, in a way his nature wouldn't let him in real life. The tone of two Blue Leopard stories also show his changing attitude at different stages of his development. Even in the second BL tale, he still has a lot to learn about himself.

Rick: In your previous life you were an English teacher. I suspect virtually every English teacher in the country harbors a secret desire to write a novel. Has that been a dream of yours for long, and how have your fellow teachers responded to the book?

Lee: Breathes there an English teacher who isn't convinced he or she has a compelling book to write? I don't think so. I was a late bloomer, but the desire, and frankly, the confidence was always there. Life and lesson plans got in the way. My colleagues have been most kind and supportive so far. After they've read it, who can say?

Rick: Now that you are a published author, what's the most satisfying aspect of your new status?

Lee: I love holding the book in my hand, flipping to a page at random and thinking, "That's not bad. I'd buy this." One of my happiest moments was delivered by you, Rick, on Christmas Day, when you e-mailed that you were reading bits aloud to your wife and she was loving it. That feeling is a tonic I heartily recommend. 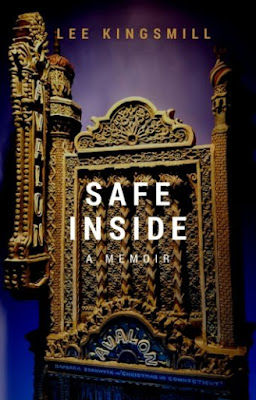 Posted by Rick Kaempfer at 7:50 AM