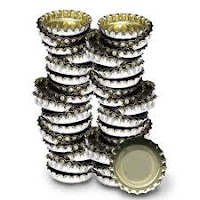 The top ten most popular beers in the world are listed here.

You'll recognize most of them. The list includes a few American favorites like Miller Lite (#8), Coors Light (#7), Budweiser (#3), and Bud Light (#2), and a few international beers that are very common here like Heineken (#6) and Corona (#4), but there are four beers on this list that I've never heard of--and I know a little bit about this subject.

Two of them are popular in Brazil--Brahma (#9) and Skol (#5). One of them is popular in Japan--Asahi Super Dry (#10). But the thing that really shocked me is that I've never heard of the #1 most popular beer in the entire world. It's called "Snow Beer" and it's from China.

Of course, this list just proves that the entire world is stupid. How can there not be a single German beer on this list? I get it that the Germans have done some less than admirable things over the last few centuries, but there is one thing that they have consistently done better than anyone else in the world for the last five hundred years or so--brew beer. Bud Light (!?!) would be embarrassed to be in the same room as a good German beer.

Good thing I'm not taking it personally.
Posted by Rick Kaempfer at 8:27 AM