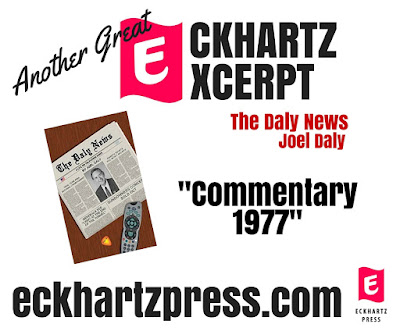 One of the gems contained in "The Daly News" by Joel Daly is his treasure trove of nightly commentaries. He delivered them every night on ABC-7 in Chicago. This is the one he delivered on March 29, 1977, about the DC-3 airplane. Joel was also a pilot...

It wasn’t much of an incident, really: An old cargo plane veered off a runway at O’Hare and was destroyed. The two crewmen escaped with burns.

In the wake of the Canary Island tragedy, the story barely rated a mention, except in connection with the weather.

“A twin-engine plane,” said most experts, “propeller-driven.” Only parenthetically was it identified as a DC-3.

A DC-3. It’s not that I’m ancient. But, I suddenly realized an entire generation has grown up on big, silver airplanes that push their way through the air instead of grabbing for it with powerful propellers.

The airplane destroyed last night at O’Hare was more than a “twin-engine, propeller-driven relic.” It was one of the greatest airplanes ever built!

The DC-3 literally rescued our floundering airline industry, back in the ‘30’s. By the time production ended in 1945, the DC-3 probably represented nearly half the planes in the sky. It was still toting guns during Viet Nam.

Military pilots lovingly called it the gooney bird. One of them wrote: “It rattled, it protested, it leaked oil, it ran hot, it ran cold, and it ran rough. It staggered along on hot days, and scared you half to death. Its wings flexed and twisted in a horrifying manner. It sank back to earth with a great sigh of relief. But, it flew and flew and flew. Honest faithful and magnificent machine that it was.”

Forty years later, some 3,000 are still in the air. The DC-3 is half as old as aviation itself. And, more than any other airplane, responsible for its growth.

That’s why I felt the old gooney that burned last night deserved a better obituary. After all those years and all those hours, in all that weather, fate had to sneak up on her—on the ground—when she wasn’t looking.

Posted by Rick Kaempfer at 9:57 AM