They Have Learned Nothing

From Tom Taylor's NOW column today, proof that I have been right about what we're about to face in the radio world... 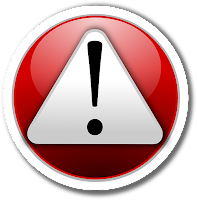 Hopes are high that Trump and Ajit Pai can deliver deregulation for radio. If you witnessed the furious dealmaking that followed the February 1996 Telecom Act – well, you might see a second (smaller) wave in 2017. That’s the dream of many group heads. One player says “iHeart has been telling bankers and bondholders that ‘The FCC will deregulate radio, and that will be great for our business.’” Specifically, the hope is that Congress and/or the FCC under new Chairman Ajit Pai will eliminate the “sub-caps” that chafe for some of the biggest groups. They’re okay with being limited to eight stations in markets with at least 45 signals. But they want to blast away the sub-cap that restricts you from owning no more than five stations in one service, AM or FM. If a single owner could own six, seven or eight FMs in the same market, that would ignite at least a minor deal-frenzy

No hint of irony. iHeart is still in ridiculous debt from the last buying spree. So much so, they have nearly destroyed the medium. Now they want to do the exact same thing again? Oy.

Here's the problem. The execs who make these deals will get personally rich in the process due to the short-term increase in stock price and their own sweetheart options. They don't care what they do to the medium, the consumers, the listeners, or the employees.
Posted by Rick Kaempfer at 7:37 AM