My wife Bridget and youngest son Sean made the trek all the way up to the top of the Sears (OK, Willis) Tower yesterday morning. It was a charity event to benefit the Shirley Ryan Ability Lab. Shirley Ryan AbilityLab is the first-ever “translational” research hospital where clinicians, scientists, innovators and technologists work together in the same space, applying research real time to physical medicine and rehabilitation.

Bridget's office signed up for this a long time ago, and Sean wanted to tackle it as well. They had no way of knowing at the time how personal an event this would be.

One of Sean's friends from his soccer team, Jack Breitenstein, suffered a brain aneurysm a few months ago, and he is now a patient at Shirley Ryan. I've coached the young lad in soccer since he was seven years old.

Much to Sean's surprise, when he reached the top of the tower, there were patients handing out medals to everyone who made it. When Sean was handed his medal, he got it from none other than his buddy Jack, who is recovering thanks to the great work of the people at Shirley Ryan Ability Lab. It was a wonderful moment.

The event raised more than a million dollars! 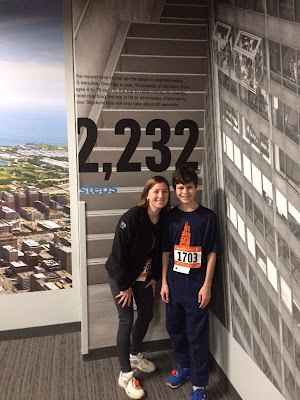 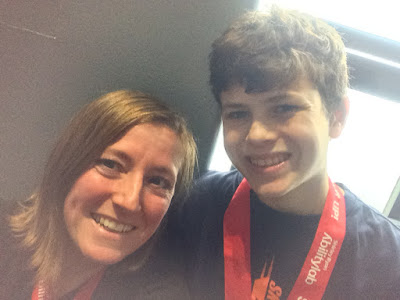 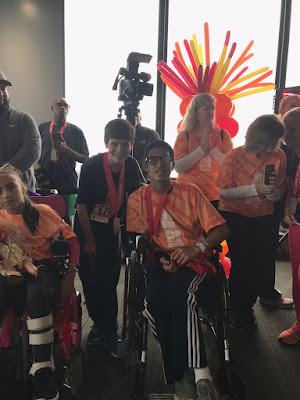 Posted by Rick Kaempfer at 6:00 AM