Truce in the Chicago vs. New York Pizza Wars 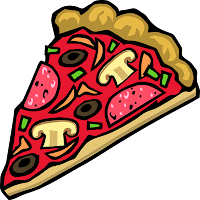 Last night Jon Stewart took a few more shots at Chicago pizza, but in the end, he called a truce by inviting Marc Malnati of Lou Malnati's pizza on the show. He also tasted a piece of Malnati's and had to admit..."it's pretty tasty".

You can see the video here.

I have a feeling he was inundated with ticked off calls, e-mails and tweets, because Stewart looked a little surprised by the vehemence of Chicago's response (Including my response here, which I stand by. Note: he even used a variation of my dog joke on last night's show. Great minds.)
Posted by Rick Kaempfer at 8:05 AM