Rupert is Stepping Down 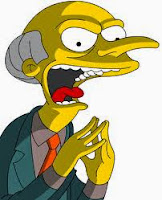 This is shocking. Rupert Murdoch (photo) is supposedly making the announcement soon that he will stepping down as the CEO of 21st Century Fox. He will remain the chairman (much like Sumner Redstone did at CBS and Viacom), but will share the job with co-chairman Lachlan Murdoch (his oldest son). His youngest son James is set to become the new CEO.

His daughter Elizabeth is SOL. (He told you not to marry that liberal, honey, but did you listen?)

Details are here.
Posted by Rick Kaempfer at 10:23 AM