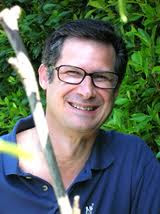 Writer, director, producer and broadcaster Ken Levin wrote for some of the most popular shows in the past few decades including MASH, Cheers, Simpsons, Everybody Loves Raymond, and Becker to name a few. But he also writes an excellent blog that I check out regularly.

He is a life-long radio fan, and often writes about it, but the other day he wrote a devastating rip job on terrestrial radio called "Terrestrial Radio Sucks". I hate to say it, but he makes some excellent points.

He obviously follows the business closely. This is part of his incredibly impressive resume: Ken has also been the radio/TV play-by-play voice of the Baltimore Orioles, Seattle Mariners, San Diego Padres, and has hosted Dodger Talk on the Dodger Radio Network.
Posted by Rick Kaempfer at 8:27 AM