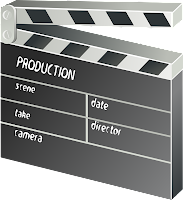 Adam McKay is the director of "The Big Short", which has been nominated for five Academy Awards. After reading this incredible interview in the Washington Post, I absolutely have to see this movie. It's a long piece, but it's really illuminating. Highly recommended.

McKay spent his formative comedic years here in Chicago working at Second City and as part of the improv comedy troupe Upright Citizens Brigade. I met him once or twice in those days, although I'm sure he has no memory of that. It's not like we had long conversations or anything. He's a friend of my co-author (of "The Living Wills") Brendan Sullivan. Brendan sent him a copy of our book when it first came out.

I'm rooting for McKay. He's one of the good guys.
Posted by Rick Kaempfer at 12:32 PM