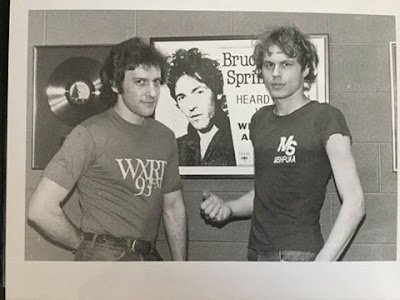 This picture of John Landecker & Bobby Skafish was taken on April Fools Day in 1981. John appeared on WXRT as if he had the gig there. That was part of XRT's annual April Fool's Day stunt.

What a long strange trip its been.
Posted by Rick Kaempfer at 7:18 AM