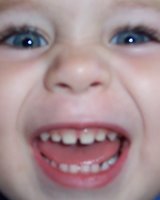 Sean figured out about a year ago that no matter what he said or did, his brothers were never going to like him, or treat him well. So, instead of trying to win their favor, he went the other direction. Without succumbing to emotion or histrionics, he pursues his life goal with dogged determination: To make his brothers as miserable as possible.

As punishment for not liking him.

If it weren’t my house and my sons, I would find this battle incredibly entertaining. The battle begins first thing in the morning, every single morning. He usually gives them one chance. It goes a little bit like this:

Sean: Johnny, will you play with me?

Johnny: Get away from me Sean.

Sean: It’s OK, Johnny. You don’t have to play with me. I’m going up to your room to kill your favorite toy.

And that’s when I’m in the room watching.

God only knows what he says when I’m not there. He knows that Johnny (age 9) has a hair-trigger temper, and can’t let anything go, so he taunts him mercilessly.

Sean: Johnny, will you play with me?

Johnny: Get away from me Sean.

Johnny: That’s not a rule, and my head is not purple.

Johnny: NO IT’S NOT PURPLE! YOU CAN’T MAKE RULES LIKE THAT!

If you were the adult walking into the room during this confrontation, who would you side with, the 4-year old seemingly talking nonsense, or the nine year old who is having a meltdown about the nonsense?

Sean is way too smart for his brothers. He can smell their weaknesses like a dog can smell fear. For instance, he also knows that Tommy has some quirky pet peeves, so he doesn’t waste time with anything less effective. He goes right for the throat.

Sean: Tommy, will you play with me?

Sean: You want my pickle?

Tommy: I hate pickles. Get that away from me.

Sean: Why? It’s only a pickle. See. Here it is, Tommy. A pickle. Look, it’s coming right at you. Can you smell it?

Tommy: AAAAAARGH! GET THAT AWAY FROM ME!!!!

Again—picture yourself breaking up this fight. Who is being unreasonable? The 11 year old boy screaming about a harmless pickle or the emotionless little 4-year-old innocently holding a pickle in the air? If you didn’t recognize the evil genius, you would side with the little guy every time.

And it’s just the tip of the iceberg.

Every day as Tommy and Johnny are getting ready to walk out the door, Sean rushes up to give them a “big hug.” Does he do this because he loves his brothers? No, of course not. He does it because they hate him. He does it to rub it in their faces.

I must admit, I admire his mental toughness. They started this fight by rejecting his friendly overtures to play, and instead of rolling over and crying, he is fighting back. He can’t beat them physically (he knows this for a fact—they beat him up regularly), but he also knows they are no match for his evil genius.

The other day after Tommy and Johnny went running out of the house screaming, he came over to me and sat on my lap. He had a big smile on his face.

“We’re a team, because Tommy & Johnny hate both of us,” he said.

“They don’t hate us,” I argued half-heartedly. “They really love us.”

“OK, Dad,” he said. Then, almost as afterthought, he added, “I have an idea for dinner tonight.”

“Why don’t you do some of your cartoon voices for me?”

“Your brothers hate those voices,” I reminded him.

I could have added that the mere threat of doing my cartoon voices is enough to get them to do their homework, their chores, and anything else I ask, but of course, he knew that.

“They do?” he answered innocently, before flashing me that evil grin.

I always considered myself a bit of evil genius, but I’m no match for this kid. I’m going to have to keep a close eye on him. Within a few years he’s going to be eating me up and spitting me out without my even knowing it.

He smiled at me and gave me a big hug.