Posted by Rick Kaempfer at 9:18 AM

OK, made me laugh...Thanks "KS" for sending it. 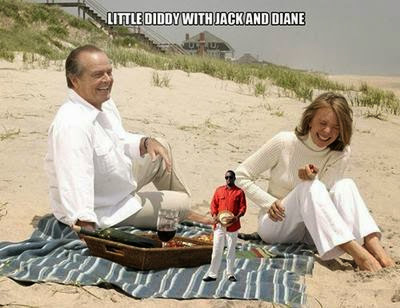 What Soccer Means To Me

I have to admit I've gotten a bit emotional over the past few weeks while I watched my fellow Americans climb aboard the soccer bandwagon. I was more thrilled seeing 20,000 people file into Soldier Field to watch a video screen than I was watching the incredibly exciting game. I was more touched driving around yesterday afternoon and seeing every bar with a big screen packed to the gills at 3:00pm on a Tuesday afternoon, than I was watching Tim Howard make all those incredible saves. 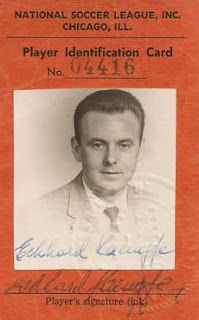 I remember what it was like when I was boy. I remember pulling out a soccer ball to show my friends in the early 70s, and they had never even heard of the sport. I literally taught my neighborhood friends how to play the game my dad taught me. (That's a photo of my dad's player pass from the National Soccer League in the early 60s)

My father spent his entire adult life trying to spread the love of soccer. He co-founded a soccer club (Green White) and was a driving part of their board of directors for more than thirty years. He insisted to all who would listen that the way to spread soccer wasn't to change the hearts and minds of adults, it was to show kids how much fun it could be. It was literally his life's work.

Dad died in 1989. By the time he died, soccer was beginning to gain a foothold among American youth. His club (Green White) had more than 20 youth teams by that time. But Dad wasn't around to see America qualify for the 1990 World Cup, after not qualifying most of his life. That American team was overmatched, but at least it was there.

He wasn't around to see the World Cup come to America in 1994. My brother, sister, mom and I all went to the opening ceremonies in Chicago, and all of us got a little choked up thinking about Dad, and what he would have thought of this. America had started to buy into soccer, but there were still half-empty stadiums for some of those early games. And the people who did go, were still mostly ethnic types (like me).

Dad wasn't around in 1999 when Brandy Chastain and Mia Hamm helped turned women's soccer into a phenomenon. He would have never believed that girls soccer would become as popular as boys soccer.

Every time we reached a soccer milestone in this country, I thought of Dad. When the US reached the final 8 in 2002, losing to Germany in the quarterfinals, I thought of him. When I traveled all the way to South Africa to watch America play in the 2010 World Cup, and saw this Outlaw nation of fanatical fans, I thought of him.

But yesterday, when everyone in America was either watching or talking about this World Cup, I got a little emotional. It wasn't the usual "What is this, kickball?" nonsense I've heard in years past. It wasn't the "Oh great game--what was it zero to zero?" sarcasm I've grown accustomed to hearing from soccer-haters. People were into it. They had begun to understand the appeal of the game. They were caught up in the drama, in the emotion, in the tension. They were making intelligent observations about the team, and the tactics, and the strategy.

There's now a whole generation of Americans who have grown up playing and watching the sport.

And they love it.

Can you believe this, Dad? Isn't this beyond your wildest dreams?
Posted by Rick Kaempfer at 11:22 AM

Our Visit to WGN Radio

Yesterday was a day that Eckhartz Press author Bruce Bohrer will never forget.

See a photo gallery, listen to the interview, and read all about it here. 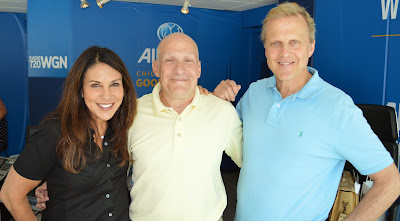 Posted by Rick Kaempfer at 1:24 PM

My latest Illinois Entertainer column has been posted. This month I talk music with the Drive's Bob Stroud.

You can read it here.
Posted by Rick Kaempfer at 11:31 AM

Email ThisBlogThis!Share to TwitterShare to FacebookShare to Pinterest
Labels: IE

According to this piece in the Press Gazette, the phone hacking scandal that sent one of Rupert's top aides to prison may be the best thing that could have happened to the Murdoch family fortune. Why? Because it forced to him seperate News Corp into two entitites. That move has netted his family six billion dollars.

That could be the most depressing thing I've ever written.

My apologies.
Posted by Rick Kaempfer at 11:28 AM

My favorite annual party is going on this week in Sun Valley Idaho. All of the media moguls are gathered there to pay homage to Wall Street financiers in completely off-the-record chats.

I had fun with this in my book "Severance". People actually thought I made it up.

What could possibly go wrong when the money people in America meet secretly with the people in charge of reporting what is going on in the world?
Posted by Rick Kaempfer at 10:39 AM

Heading over to WGN Radio at 1pm to accompany our author Bruce Bohrer. He'll be discussing his book, "Best Seat in the House: Diary of a Wrigley Field Usher" with Bob and Marianne. I'll be there snapping photos and chronicling the event... 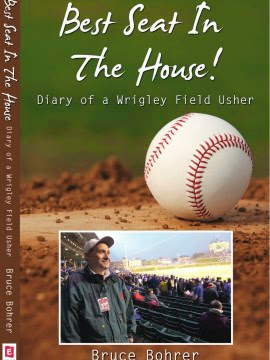