It's crazy time here at the Kaempfer homestead. We're getting ready for high school graduation (and a host of other related things).

I'm taking a few days off from blogging to attend to those matters. Back on Monday!
Posted by Rick Kaempfer at 11:42 AM

The Rapper Ain't a Pitcher... 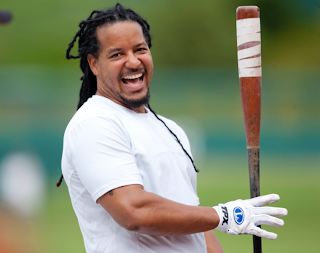 I have been trying to process the news that the Cubs hired Manny Ramirez to be a minor league player/coach at Iowa. On the one hand, it seems like a completely crazy idea. Here is a guy who was kicked out of the league for using PEDs, and was such a notorious Diva even before he got caught that they coined the phrase "Manny being Manny".

And yet, if there's anyone who would know Manny's foibles it would be Theo Epstein. He was his general manager in Boston. Jed Hoyer was there too. He knows Manny well. Those two guys seem to believe that Manny has something to offer to young players in the Cubs minor league system. I'm willing to withold judgement for the time being. I really hope these guys know what they are doing (and flickers of doubt are beginning to emerge), because if we get burned by them, I don't think Cub fans will ever trust anyone again.

We posted a whole new week's worth of Wrigley field history today. Today's entry goes back to a bench clearing brawl in '36, a fire in '61, and a couple of very dramatic games in '66 and '70.

Today's Historical Event is the creation of Volkswagen by the German (Nazi) government. Where were the Cubs?

The A/V Club goes back just two years and reminds us why things are slowly but surely getting better.
Posted by Rick Kaempfer at 10:01 AM

As the Sumner Turns

From today's Tom Taylor column. Read between the lines here and it sounds like the end could be near for Sumner...

Sumner Redstone has sold $300 million in CBS and Viacom stock this year. The real flurry of activity came in the last two weeks, says the Wall Street Journal, which quotes people close to him saying he’s “clearing up his estate to take advantage of tax benefits.” That's the standard answer in these cases, but there might be more to it. Sumner’s the executive chairman of both Viacom and CBS (the company he carved out of Viacom in 2006). The Journal values his holdings in the companies at around $6 billion, and last year he took salary and bonus of $10.2 million from Viacom and $11.75 million from CBS. The survivor of a famous hotel fire in Boston just turned 91 years of age. Sumner’s voice has sounded particularly strained on the last couple of quarterly calls. There's more along those lines - the Journal says that at last Thursday’s CBS annual meeting, “a curtain was pulled back to reveal Mr. Redstone already seated alongside other executives on the stage.” Sumner famously said back in 2010 that “I will never, never sell Viacom or CBS.” Selling off about $300 million of a $6 billion holding could well just be estate planning. But folks around the two companies have to be thinking about a post-Sumner world. CBS and Viacom are controlled by the Redstones through their National Amusements Inc. Sumner has 80% of it and daughter Shari (a corporate lawyer) 20%. Years ago, Sumner reached a separate arrangement with Shari’s brother. The Journal ends the story like this – “potential acquirers have long believed that at least Viacom would end up on the block, in part to pay down the family’s tax bill.”
Posted by Rick Kaempfer at 9:27 AM

One of the major pop culture highlights of the three-day Memorial Day weekend turned out to be the surprising (and much welcome) reemergence of Steve Perry from his nearly two-decade public performance hibernation. Fans of the former Journey frontman are still buzzing after the reclusive Perry made a surprise appearance at an Eels show in St. Paul, MN, of all places. Much to the shrieking delight of the crowd filling the 1,000-seat Fitzgerald Theatre, Perry was invited onstage during the band's encore. After quipping, "Where have you been all my life?" Perry performed the Eels' poignant hit, "It's A Motherf***er." After that, Perry (who was in great voice) and his temporary back-up band switched gears and ripped into a couple of familiar Journey classics, "Open Arms" and the crowd participation fave, "Lovin', Touchin', Squeezin.'" It was awesome. It's no secret that Perry, now 65, has suffered some health issues over the past few years, including chronic arthritis and a hip replacement, but according to those in attendance, he looked and sounded great.

Here's a video I found of it on YouTube. His voice sounds pretty good...

Posted by Rick Kaempfer at 9:20 AM 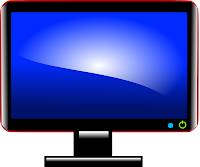 Don't mess with the old guy. Bob Schieffer is #1 for the entire season.

I have to admit I no longer watch any of them.
Posted by Rick Kaempfer at 9:13 AM

5 Reasons Why Media CEOs Are the Highest Paid

This article comes from the AP, who felt it necessary to analyze the fact that 6 of the top 10 highest paid CEOs in America are media CEOs, and that is soooooooo out of whack.

1. The stock outperformed the S&P 500
This one sounds legit to me. The stock does well, the CEO should be rewarded. (But not this much)

2. Talent Quotient
It's a high profie biz with high-profile hits and lots of high paid talent at every level. They figure...why should a star make more than a CEO?

5. All Boats Rise
This one doesn't make any sense to me, AP. You just spent the first 4/5 of the article pointing out how specifically out of whack the media CEO pay is.
Posted by Rick Kaempfer at 9:05 AM 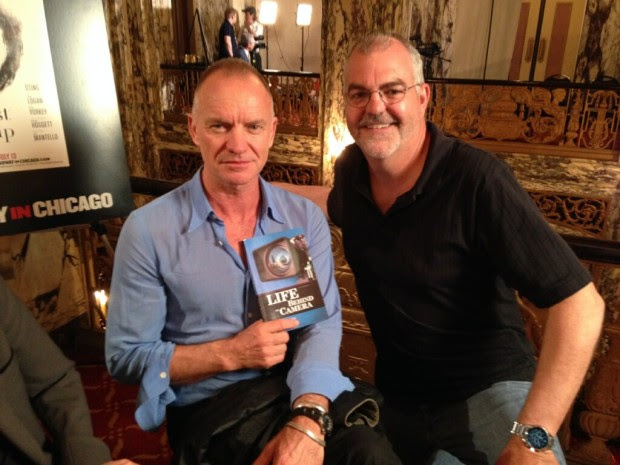 Is he saying "Don't Stand So Close To Me"? Possibly, but he clearly is holding a coveted copy of Chuck Quinzio's "Life Behind the Camera" (Chuck is the one on the right).

You can get your own copy here.

Or you can also get one at the Printer's Row Litfest. Chuck will be there on June 7th, between 10am and Noon. Look for him in the Chicago Writers Association tent.
Posted by Rick Kaempfer at 1:05 PM

I'm afraid I won't be posting much this week. Our soccer club Green White is having tryouts over the next few days, and I'm on the youth board, and involved in all of the planning of those tryouts. It's going to be a bit hairy for the next three days. Then, as soon as that is over, it's time for my oldest son's high school graduation.

Next week things should return to normal.
Posted by Rick Kaempfer at 10:27 AM

Did Jeff Samardzija really win a game yesterday? Yes he did. Would have been a funnier story if the bad luck continued, but I'm still happy for the guy.

Today's Cubs birthdays include the least popular Cub of my lifetime, a Cub who drank himself to death at 30, and a mediocre Cub who became a coaching legend.

Today in Wrigley history goes back to the war year of 1942, and the Memorial Day celebration.

Today's Historical Event is the sinking of the Bismark. Where were the Cubs? As a special bonus, enjoy this Johnny Horton classic about that famous event...

Finally, check out the A/V Club today. There's a Punky Brewster episode about the Cubs. You read that correctly.
Posted by Rick Kaempfer at 9:35 AM