HEAR RICK KAEMPFER: Appearing on WGN Radio with Bob Sirott on Tuesday (Jan 22) at 12:40 p.m to discuss the Just One Bad Century website.

(By the way, the website is catching on already. Our first YouTube video got over 5000 hits in one day: VIDEO: Harry Caray rips Cracker Jacks)

Suburban Man: Overheard in the Mudroom 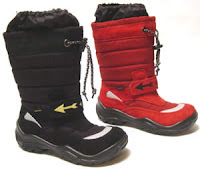 I overheard this conversation a few weeks ago. My two youngest sons were putting on their snowpants and boots, and getting ready to play in the snow. Sean (age 5) and Johnny (age 9) had no idea I could hear them because I was sitting around the corner.

Sean: Why did Dad say we shouldn’t eat snow?

Johnny: Anything that isn’t white.

Sean: All snow is white.

Sean: What if it’s blue?

Sean: What if it is?

Johnny: It won’t be. It could be yellow, though. Don’t eat that. It’s animal pee. And brown is animal—

Sean: What if it’s green?

Johnny: That’s just the grass underneath it.

Sean: What if it’s orange?

Johnny: It won’t be orange.

Sean: But if it’s a snowman’s nose, it could be orange. Snowmans have orange noses.

Johnny: They do not.

Sean: (forcefully) YES THEY DO. They have carrots.

Johnny: (forcefully) NO, it’s NOT. Diarrhea is brown.

Sean: I had red diarrhea one time.

Johnny: No you didn’t.

Sean: (forcefully) YES I DID.

Johnny: Not outside in the snow.

Johnny: What kind of animal?

Sean: What about a cardinal?

Johnny: All birds have white poop.

Sean: But I thought you said that white snow…

Click here to see them.
Posted by Rick Kaempfer at 12:03 AM