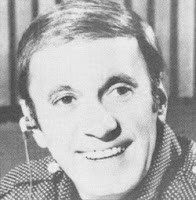 Radio Legend Wally Phillips dies at 82
(Chicago Sun Times) Wally Phillips, one of Chicago's most popular and influential radio personalities of all time, has died, WGN-AM (720) is reporting this morning. Phillips, a Radio Hall of Famer, had been battling Alzheimer¹s disease since 2004. He died at his home in Naples, Fla., at the age of 82, the station said. He began his ground-breaking 42-year run at WGN in 1956, when he arrived from WLW-AM in Cincinnati. For 21 years, he was the undisputed king of morning radio, drawing an astonishing half of all listeners at his peak. At the Tribune Co.-owned news/talk powerhouse, Phillips pioneered a new form of radio by engaging his audience through phone interaction and employing his impeccable sense of comedic timing with random drop-ins and sound effects. At the peak of his popularity as morning star at WGN, Phillips attracted half of all Chicago area radio listeners -- an audience of nearly 1.5 million each day -- making him the most listened-to radio host in the country.


XM-Sirius Merger Approved by Justice Department
(Inside Radio) The Department of Justice's Antitrust Division has closed its investigation into the pending merger of the two satellite radio operators without taking any action to block the deal. The merger still awaits action at the FCC, where last week chairman Kevin Martin says his staff is drawing up documents for several different possible outcomes. He doesn't expect to issue a ruling until next month.

Talent may suffer most after XM/Sirius merger
(Chicago Tribune) I agree with every word Phil Rosenthal writes about this: "Both Sirius and XM have music channels. They both have news. It's the proprietary stuff that makes a difference. Take away the competition for that and guess whose price deflates. Sorry, Oprah and Howard. It's talent agents who ought to be protesting this merger. Instead, the National Association of Broadcasters is lobbying hard, saying that eliminating competition would be bad for the public. The NAB had no such qualms when it came to radio consolidation a dozen years ago, which makes one suspicious their real motive is solely concern over a potential competitor. But the homogenization of broadcast radio by station groups dumping local talent in favor of syndicated fare has done more harm to broadcasters than satellite radio ever will."


Fox refuses to pay indecency fine
(Variety) William Triplett writes: "Fox Television is refusing to pay a $91,000 broadcast indecency fine that the Federal Communications Commission slapped on the network for a 2003 episode of its "Married by America" reality show. In a statement released Monday -- the deadline by which Fox had to respond to the FCC's official notice of forfeiture -- the net said it will instead file a request for the FCC to reconsider the fine. In 2004, the FCC initially fined 169 Fox stations $7,000 each -- a total of $1.2 million -- for the episode, which included images of contestants licking whipped cream off strippers. Recently, however, the agency reduced the number of stations to 13 and thus the fine to $91,000, saying it would fine stations only in markets from which it had received complaints. Fox has argued that the material was not statutorily indecent but rather was integral to the storyline."

Clear Channel, Buyers sue Lenders
(Radio Ink) The Clear Channel privatization is going to court, as Clear Channel and its private equity purchasers have filed suit to force the banks that agreed to finance the $19.5 billion buyout to close the deal. The suits were filed by Bain Capital and Thomas H. Lee Partners in Bexar County, TX, and the New York State Supreme Court, and Clear Channel has joined as a plaintiff in the Texas suit. Clear Channel said it will be represented by Joe Jamail, who was Pennzoil's chief attorney when it won its multibillion-dollar merger-interference suit against Texaco in 1985. Bain Capital and Lee Partners said the suits were filed against Citigroup, Morgan Stanley, Credit Suisse, the Royal Bank of Scotland, Deutsche Bank, and Wachovia "to enforce binding commitments the banks made to provide debt financing for the private equity firms acquisition of Clear Channel Communications Inc."

More on the Clear Channel deal collapsing
(Radio Online) Can everyone just admit this is a bad idea because Clear Channel just ain't worth it? "Some 16 months after it was announced, the $19 billion deal to take Clear Channel private is 'near collapse' reports the Wall Street Journal. WSJ says that private-equity firms Thomas H. Lee and Bain Capital are still trying to resolve their differences over the terms of the credit agreement. Shares of the radio giant were down 21% in after-hours trading on Tuesday losing $6.86 to $25.70. Shareholders approved a buyout of $39.20 per share in September."


Ah, here's someone who agrees with me
(Inside Music Media) Jerry Del Colliano writes: "For the poor folks who have to keep running these excellent outlets under tenuous circumstances, they can expect cutbacks and economies of scale to operate the infrastructure in an industry that is ice cold and headed into the freezer. Tough times for Clear Channel employees. More shortcuts and layoffs. The Journal reported 'The sponsors do not want to do this deal,' said one person involved, referring to the private equity firms. 'No one wants to do this deal except for the seller.' Ya think?"

CNN Headline News working on a comedy show
(USA Today) CNN Headline News isn't the first place you'd look for comedy, but the network says it will try to have fun with some of the clips in its news archives. Not Just Another Cable News Show will premiere April 5, the network said Monday. "It's an entertaining way to recall some of the more memorable moments captured on video," said Ken Jautz, executive vice president at CNN Worldwide. The 30-minute show will be on Saturdays at 7 p.m. ET, then repeated twice later in the evening. It will be followed each time by News to Me, a series that shows hot Web videos. The sober CNN has generally avoided such light material in the past. A few years ago, CNN International aired reruns of Comedy Central's The Daily Show for overseas viewers.

The Future of Radio?
(Washington Post) Mark Fischer writes: "As the audience for AM and FM radio declines, start-up entrepreneurs and giant media companies alike search for the "next radio" -- a way to make money by helping listeners discover new music. Online music providers such as Pandora, Imeem and Last.fm provide an early glance at that next chapter in radio history."


Time Warner CEO pay goes up as stock goes down
(Bloomberg) Michael White writes: "Time Warner Inc. reported compensation of $19.6 million for Chief Executive Officer Jeffrey Bewkes last year, a 4.9 percent increase. Chairman Richard Parsons, 59, had reported pay of $18.6 million, down from $22.5 million, the company said today in a proxy filed with the U.S. Securities and Exchange Commission. Bewkes, 55, named CEO on Nov. 5 after two years as president and chief operating officer, is considering selling assets, including publications and the AOL network. The company has been hurt by declines in its publishing and AOL Internet businesses. Bewkes's compensation included $1.25 million in salary and a $7 million bonus. His total included $7.33 million in stock awards and $3.9 million in stock options, according to the filing. Time Warner fell 23 cents to $14.18 yesterday in New York Stock Exchange composite trading."

For Whom the Zell tolls
(Variety) Cynthia Littleton writes: "Sweeping through his newly acquired business units with characteristic bluster and bluntness, it didn't take too long for Tribune Co. owner Sam Zell to acquire the nickname Yosemite Sam. And when he met with employees of what has been the Tribune Co.'s problem child, the Los Angeles Times, last month, he was quick to define the newspaper's problems with a kind of cartoonish naughtiness. 'The challenge is, how do we get somebody 126 years old to get it up?' Zell said, referring to the newspaper. 'Well ... I'm your Viagra.'"

Dissension at Fox News over Obama Coverage
(NY Times) Brian Stelter writes: "Critics of the Fox News Channel regularly complain that the network beats up on Democrats and takes comments out of context. Usually, though, those critics are not Fox anchors. On Friday Chris Wallace, host of the weekend political talk show “Fox News Sunday,” took the hosts of “Fox & Friends” to task for their conversations about Senator Barack Obama’s comments about race. His complaint — which created both a tense moment and some must-see TV — was that his colleagues were taking those comments out of context."
VIDEO: Chris Wallace scolds Fox and Friends


An interview with Hulu's Jason Kilar
(Iwantmedia.com) Big media is betting big on Hulu, the new, all-free, all-legal video Web site that streams television shows, movies and other clips, jointly owned by powerhouses News Corp. and NBC Universal. Unlike Google's largely user-generated YouTube -- the world's leading video site -- the advertising-supported Hulu presents professional content only. That means no clips of cats playing the piano (unless, perhaps, they're part of a short from "Saturday Night Live"). Hulu CEO Jason Kilar, a former tech exec with Amazon.com and Disney, oversaw the unveiling of the site on March 12 after some 18 weeks of testing. At launch Hulu served up episodes of more than 250 TV series, from current hits like "Family Guy" to classics like "The Mary Tyler Moore Show," as well as 100 full-length motion pictures, like "The Usual Suspects" and "Some Like It Hot."

An interview with Joe Collins
(Chicago Radio Spotlight) Last weekend I spoke with the afternoon traffic anchor of WBBM-AM Newsradio 780, Joe Collins. Joe talked about his interesting career and his brushes with broadcasting greatness, including the advice Mike North gave him for picking up chicks. Coming this weekend; Bobby Skafish, Wendy Snyder and Scott Childers provide updates since their last CRS interviews.
Posted by Rick Kaempfer at 12:04 AM