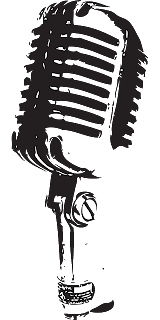 I read all the radio trade publications every day to keep up with the business, and they are filled with self-congratulatory stories about how radio is as popular as ever. Stories about how there's nothing to worry about. Of course, we all know it's nonsense. (Here's an example from this morning) Radio may have as many listeners as it used to have (I doubt it, but let's pretend it does), but the listeners simply aren't as passionate as they used to be--and no paid study will convince me otherwise.

I'll tell you why I don't believe it: Radio doesn't have any larger than life figures (other than politically toxic ones) anymore. You may still like to hear CCR, or want to hear people talking about your favorite sports teams, but there's really nobody on the air who just pops out of the radio. No one who explodes through the microphone. In short, there's no appointment radio.

Radio doesn't have any Murray Sauls.

Read this story about the recently deceased Cleveland radio great Murray Saul. I never heard him on the air, but reading this piece reminded me that every town in America used to have someone like him. I know there are characters out there somewhere now, but they are reading liner cards, or being told that the PPM ratings tell you nobody wants to hear you speak. Or more likely, they aren't on the air at all, and don't even have radio on their radar.

If I was running a radio station these days, I would constantly be on the lookout for someone I could throw on the air as a sidekick (at first)--someone who could just be unleashed. Maybe he's a waiter who has perfected his shtick, or she's a Southwest Airlines flight attendant who has them rolling in the aisles, or he's a tour guide on a double decker bus. He or she may eventually crash and burn like Murray Saul did, but I bet you would remember them for the rest of your lives.

Is there anything on the air today that remotely fits that description?

I know what radio programmers and executives would say to my theory. They would say that listeners are different now. They don't want that. To which I would reply: "Listeners don't even realize it's an option." Because right now, it isn't. Radio has been bland (by choice) for an entire generation. The most desirable advertising demo in America doesn't even know that radio can be exciting. It will take a young guy or gal to show them. And an old guy or gal who has enough guts to give them a chance.
Posted by Rick Kaempfer at 7:48 AM