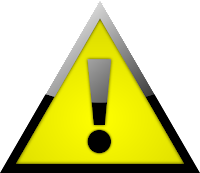 Alex Jones is NOT a martyr for free speech. He's a man who screams "Fire" in crowded theaters.

This is the guy who created the Pizzagate story (that Hillary was running a child sex ring out of a Washington Pizza place) which actually caused someone to show up there with a gun. This is the guy who traumitized the already suffering parents of those first graders at Sandy Hook by saying that the whole thing was a false flag operation, and the kids were actors. How he didn't get pulled immediately after that, is the mystery to me.

He still has his (absolutely crazy) right to spew. But Facebook, YouTube and iTunes have the right not to be complicit. YouTube bans people for using unlicensed music, for crying out loud. The only controversial part of this story is that it took so long.
Posted by Rick Kaempfer at 9:48 AM