You may not have heard of Anthony Rizzo, but he appears to be the guy the Cubs are really interested in acquiring to play 1B for them.

He's 22 years old, hit .331 with 26 HR and 101 RBI in only 93 games for San Diego's AAA team last year. The Padres got him in the Adrian Gonzales trade with Boston last year. The GM of Boston at the time was Theo Epstein, and the GM of San Diego was Jed Hoyer. Plus, the Padres just got another young 1B stud in a trade with the Reds (for Mat Latos), which means Rizzo is probably available.

It will cost them, but wouldn't you rather see them get a young stud for once, rather sign a big name free agent that could be 300 pounds in a few years? (Not naming names) 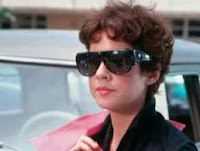 By the way, this Rizzo is no relation to that other Rizzo.
Posted by Rick Kaempfer at 9:31 AM