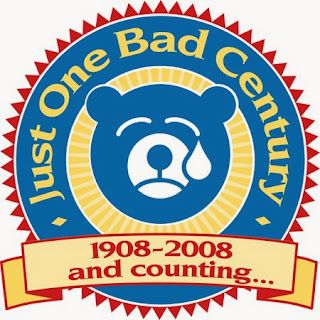 I didn't get a chance to watch the beloved this weekend, but I can read box scores and standings. They stand at 5-11. Not so good. But...but...um...bright side, bright side, think bright side...well, they had some beautiful weather. Oh, here's something else. The Diamondbacks come to town tonight, and they are also off to a terrible start. Maybe we can actually win a series.

This Week in Wrigley History goes back to 1950 and 1959. Two incredible Cubs pitching performances. (Don't forget--the 100th anniversary of the ballpark is this Wednesday. I'll be there)

Today's Cubs Birthdays at JOBC feature one of the most colorful players in Chicago history, plus a Hall of Famer, and two relief pitchers (one from the 20s and one from 80s).

The A/V Club features a clip from a movie that debuted 25 years ago today...Field of Dreams. People will come, Ray.

Today's Historical event was the death of the Red Baron in 1918. Where were the Cubs? Also, there's a full bonus-feature writeup on an event that happened on this day in 1986--The opening of Al Capone's vault.

This week in 1945 was posted over the weekend. It was the last stand for a bad guy in Germany, but the Cubs had a very good week. If you missed it over the weekend, it was the anniversary of the Cubs first televised game yesterday (1946), and there was also an interesting Cubs birthday: A Supreme Court Justice.

Gotta look to the future, Cubs fans. We should be used to that by now.
Posted by Rick Kaempfer at 8:18 AM