Every Cub Ever (W) 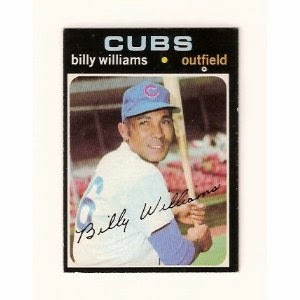 Today we feature EVERY CUB EVER beginning with the letter W. Everyone from Tsuyoshi Wada to Hank Wyse–118 entries in all.

What will you find there? Five Hall of Famers, 15 classic baseball cards, 15 videos, 11 Cubs named Williams, 8 named Wilson, 6 named Walker, 5 named Wright, 4 named Ward, two executives, two classic audio clips, a manager, a scribe, two broadcasters, a celebrity fan, A father/son team, a player shot by a crazed fan, another who firmly believed the world was flat, the man who built Wrigley Field, the man it’s named after, and the man who made it a destination, plus Kettle, Tarzan, Rabbit, and the Arkansas Hummingbird.

Check it out here.
Posted by Rick Kaempfer at 9:28 AM